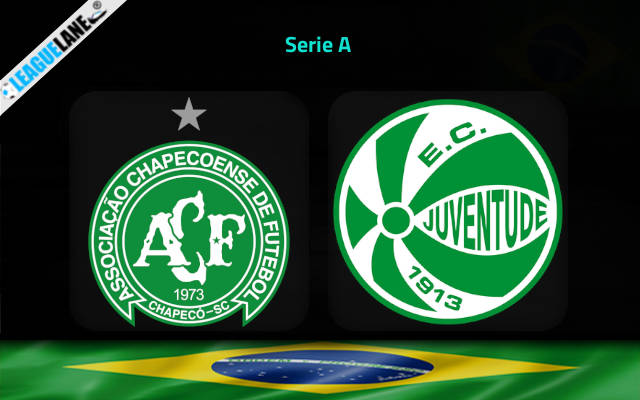 Chapecoense have won only 1 of 31 league games this season. They own by far the worst defensive record in the entire league with 52 goals conceded. Juventude, on the other side, desperately need a win to keep ground on Bahia who are three points away in the safe zone.

Juventude made a big step towards escaping the danger area with a 2-1 home win over Internacional on Wednesday evening.

The new manager Jair Ventura thus continued his unbeaten run at the helm of the club.

The victory over Internacional followed back-to-back goalless draws to Ceara and Bahia. Juventude are still three points shy of Bahia in the safe zone, though, and desperately need a win on Sunday evening against the relegated Chapecoense side.

Chapecoense are not yet mathematically relegated but we can already consider them a second-tier outfit.

They sit at the very foot of the Serie A standings as many as 21 points below the safe zone line with eight games left to play.

Nevertheless, we have to mention the rise in Chapecoense’s form in the last couple of games as they’ve managed to avoid defeats in the last two matches against Cuiaba (0-0) and Flamengo (2-2).

The hosts will certainly enter this match with a new energy, but will it be enough to help them get past the highly motivated Juventude who are fighting for their top-tier life here?

Tips for Chapecoense vs Juventude