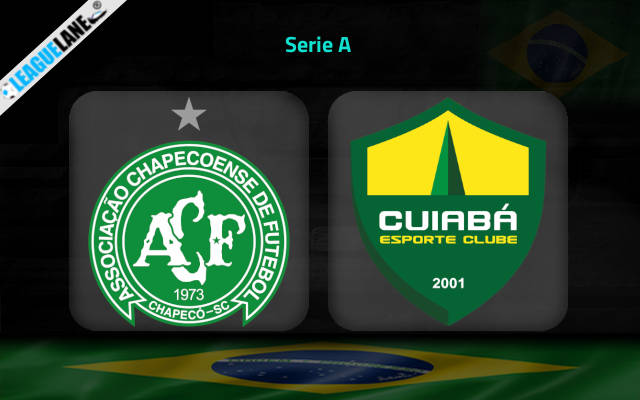 Both Cuiaba as well as Chapecoense were promoted to the top flight at the end of the last season, and are going through poor runs. However, the latter have a severely problematic defense, and as such, Cuiaba are expected to pull off a narrow win this weekend.

At present, Chapecoense are placed second to last in the table, and are yet to record a win this new season. Not only are they on a long losing streak, but they also have conceded the most number of goals of all the teams in the Serie A.

In the meantime, despite all their problems, Cuiaba are placed above this opponent in standings, and that too with two games in hand. And it needs to be noted that only five teams in the league have conceded fewer goals than them.

As such, expect Cuiaba to secure the three points on the board.

Chapecoense are on an 11-game winless streak, and they had remained so in 15 of their past 16 fixtures. Note that they have also conceded the most number of goals in Serie A.

On the other hand, their counterparts have lost just thrice in their past 26 match-ups, and just once in their former 15 road trips.

And importantly, in spite of all their troubles, the team has managed to deliver good defensive performances in recent weeks.

For the reasons, expect a narrow victory for Cuiaba this Sunday.