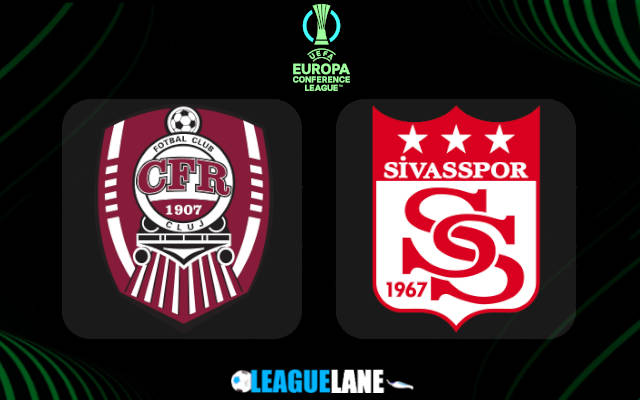 Ballkani were outplayed by Group G favourites CFR Cluj who managed to score a last-minute equaliser. They will now host Sivasspor at Stadionul Dr. Constantin Rădulescu for matchday 2 in Group G of the Conference League.

Indeed, Sivasspor have drawn more than half of their league fixtures in the Super Lig. They are yet to win a single game this season.

However, they managed to draw against Slavia Prague on matchday 1. It was Dia Saba who scored the only goal for Rıza Çalımbay’s side. Also, Kader Keita received a straight red card in the 91st minute of the game, hence he will not be available in this fixture.

This season, Braves are struggling to win in all competitions. The recent form is very concerning for them as they are winless in their last five league games.

Moreover, CFR Cluj are in the fifth position in Liga 1 this season. It is very interesting to note that they have not drawn a single game this season.

They made an incredible comeback in the Conference League opening game against Ballkani last time. It was Yuri Matias who scored the equaliser in the extra time.

It is important to understand that Rıza Çalımbay’s side are having a disastrous form in the league this season. They are winless in their last five games in the Super Lig.

Do also note that CFR Cluj have won three of their last five fixtures. Also they have not drawn a single game so far.

Considering both opponents as well as the head-to-head analysis, it is evident that this game will be a high-scoring game.

Our first tip is that CFR Cluj to win this match with Over 2.5 match goals – the odd for this tip will be at 2.25. This is considering the team’s unbeaten streak in the last two games against the Terriers.

Also, our next tip for this game is that the scoreline will be CFR Cluj 3-1 – the odd for this tip will be at 19.00 odd. This is considering that 3-1 is the final scoreline for Sivasspor in their last two consecutive away games.