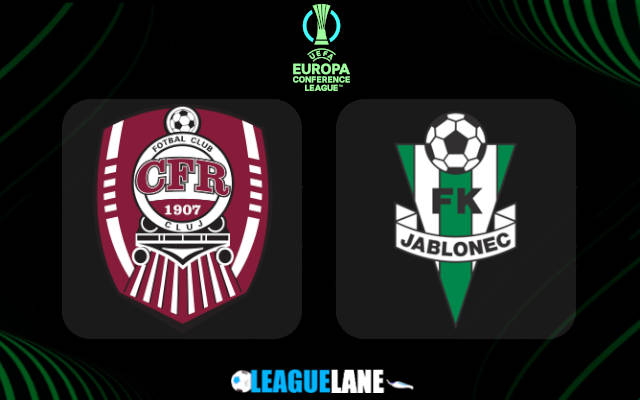 Jablonec will travel to Romania as they take on CFR Cluj this Thursday in the final match of the Conference League group stages.

CFR will play their final match in this edition of the tournament as they will finish bottom of the group.

The visitors on the other hand will need to win and would want Randers to lose against AZ to qualify to the Round of 32.

CFR has managed just 1 point in the competition. That point came through a draw against Randers at home. Having lost the other fixtures they are bottom of the group.

They are top of the Romanian league, 8 points clear of FCSB. They have won all but one of their last 6 games across all competitions.

Jablonec started the season with a win against this foe at home. Their trip to the Netherlands ended in a 1-0 loss against AZ. They followed it up with a draw against them and a couple of draws against Randers. The club is currently 3rd in the group.

Following their 3rd place league finish in the preceding season the club is currently towards the bottom half of the table, 28 points behind the league leaders. The club has just 2 wins in tier last 14 games across all competitions.

The hosts have clearly struggled in this tournament. With that being said the visitors are winless in their last 4 group stage fixtures.

To add to that Jablonec won 1-0 at home in their previous encounter with only a penalty goal separating the 2 sides and having a 1 man advantage for most of the second half. I do not see them taking more than a point from this fixture.

Along with their meeting on the first matchday of the tournament, most matches in this group have been low scoring ones. The hosts have scored just twice while the visitors have managed an average of 1 goal per match. Do not expect more than 2 goals from this game.