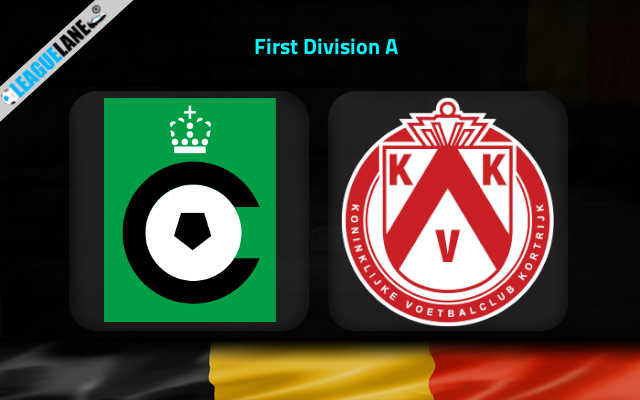 Cercle Brugge and Kortrijk are set to lock horns in Matchday No 31 of Belgian elite class on Saturday afternoon at Jan Breydelstadion.

The hosts will have a nice chance to extend the three-game unbeaten thread as their counterparts have not been pulling up many trees of late.

They have been scoring goals for fun of late. The team led by Austrian manager Dominik Thalhammer notched at least two goals in each of the last four league outings.

Cercle Brugge have been on a great run in their own backyard of late, winning five, drawing one, and losing one of the last seven First Division A affairs at Jan Breydelstadion.

They should have plenty of room to deliver in the final third here past Kortrijk who have lost six of the last seven league outings.

Their latest failure came seven days ago in a 2-3 loss to leaders Union Saint-Gilloise. Kortrijk allowed two or more goals in five of the last six matches.

The visitors have dropped to 11th place in the league table as a consequence of the mentioned poor series of results.

We do not have too many reasons to be optimistic regarding their chances of success here against free-scoring Cercle Brugge on Saturday.

The hosts will go into this in much higher spirits and it is very hard to back anything else but their victory knowing that Kortrijk lost six of the last seven league affairs.

We also expect a goal fest knowing that both teams have lacked meticulousness in their defensive lines in the recent matches.