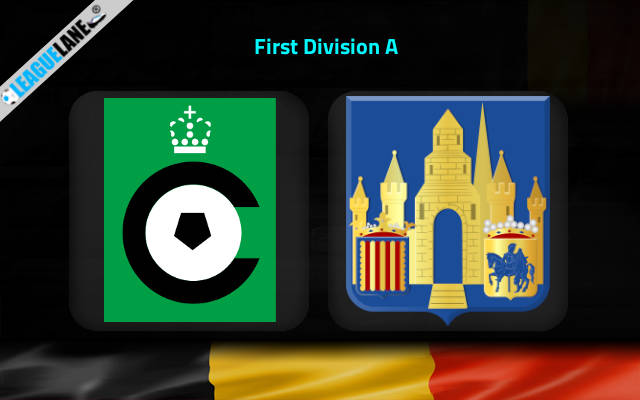 Cercle Bruges vs Westerlo Predictions and Free Tips from our expert tipsters when the teams go head-to-head in Jupiler League on Saturday, 07 January 2023.

Cercle Bruges are playing aggressively as they have picked up two red cards recently. They will have to be cautious as they will play their first game of the year against Westerlo. Last time in the league they held Mechelen in a 1-1 draw. Only goalkeeper Radosław Majecki performed well as he stopped nine shots on target.

Westerlo held Antwerp last time in an exciting 3-3 draw. They are seventh in the league and have not won an away fixture since late October.

The host are unbeaten in four of the last five head-to-head meetings dating back to 2017. Do note that the last time both teams played at Jan Breydel Stadion was over four years ago.

Last summer Westerlo won this fixture by 2-0. This is their only victory in the last five encounters.

Who will win the match between Cercle Bruges and Westerlo?

We are backing Cercle Bruges to take all three points from this game. The past records show that they have performed well in this fixture. Moreover, the visitors have a poor record away from home.

Three of the last five meetings between these two teams ended with a minimum of three goals being scored. This fixture is a high-scoring one in the last four years.

Barring the July fixture back in 2022, both teams have scored in their last four head-to-head matches.

You can back the following, as out first tip is that Cercle Bruges will win this game– the odd for this tip will be at 2.05 odd. At Jan Breydel Stadion they are unbeaten in the last five years. Also, they have won this fixture on three of the last five occasions.

Moreover, our second tip is that Both teams to score – at 1.61. The last two matches at Jan Breydel Stadion ended with both teams scoring a combined total of six goals.