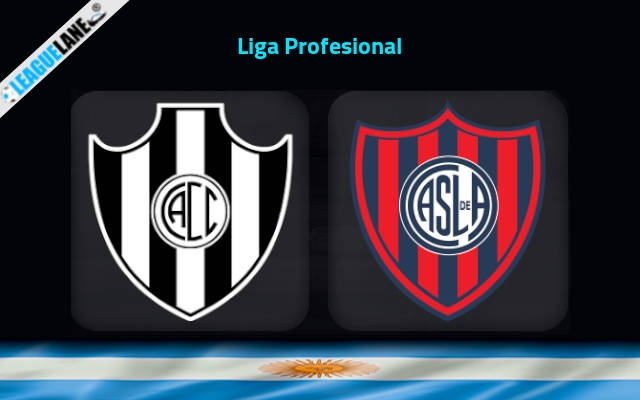 Both these teams had finished in the bottom-most tier of the Argentine top flight the last season and once again they have started their respective campaigns on poor notes.

San Lorenzo are yet to post their first win of the season and in their latest fixture they had even let in 3 goals. Do also note that they had won just 7 times all through the previous edition of the league competition.

Meanwhile Central Cordoba have won just once till now and the last time around they managed to deliver just six wins in total.

Do also take into account the fact that they have been on a poor run at home for quite some time now and have been letting in goals in huge numbers at this venue for the past several weeks.

By the looks of things, anticipate a goal-fest this Wednesday between the two teams.

Central Cordoba were winless in 14 of their past 17 overall fixtures, and they had let in 2 or more goals in 5 of their former 9 games.

Moreover, they have won just once at home in the past 4 months and they had let in 2 or more goals in 5 of their past 6 appearances at this ground.

On the other hand, San Lorenzo are on a 4-fixture winless run, and they had remained so in 16 of their past 19 overall matches. Most importantly they have managed to deliver just 5 wins away from home in the past 11 months.

Taking into account these observations expect goals to come from either end of the beach this Wednesday.