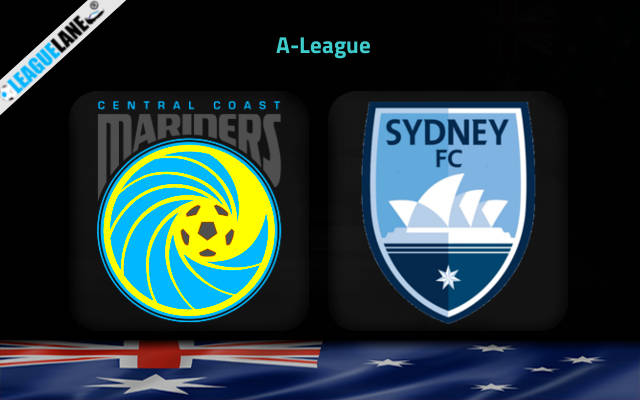 Sydney FC picked up two famous wins in the last two games. One was non-competitive, though, but it still certainly boosted up the team’s confidence on so many levels as it came against Scottish giants Celtic in a friendly played a month ago (during the World Cup break).

The Sky Blues backed it up last weekend on the return of the Australian A-League Men. They saw off current leaders Melbourne City 2-1 on the home patch.

Both English strikers Joe Lolley and Adam Le Fondre (he was a substitute) were on the scoreline in the comeback victory against such a strong side seven days ago.

Sydney FC are now up to fourth place in the league table and we certainly expect them to have plenty of room to deliver on Saturday when they come face to face with the leaky Central Coast Mariners’ defense.

The hosts will enter the match in a completely opposite mood. They continued from where they stopped before the WC break, falling 1-2 on the home turf at the hands of Newcastle Jets.

Central Coast Mariners allowed five goals in the last two home matches in the league. They faced five shots on target in the last weekend’s defeat at the hands of the Jets.

Both Central Coast Mariners and Sydney FC favor attacking-minded football. We are particularly worried about the Mariners’ defense here knowing they have shipped five goals in the last two home matches.

You can have Sydney to win & Over 2.5 goals FT bet at the 3.75 odds, while we also like the 3.60 odds offered for Joe Lolley to score anytime for the visitors.