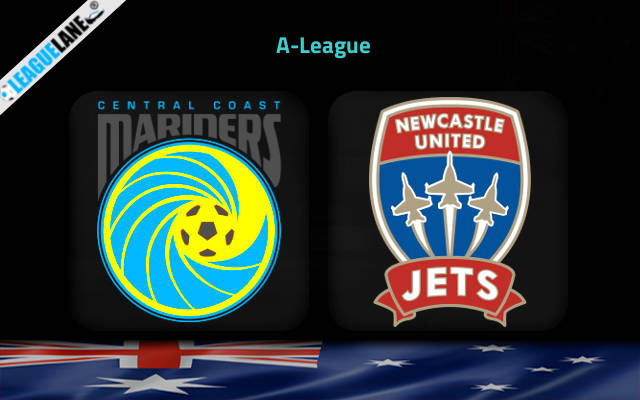 Central Coast Mariners vs Newcastle Jets Predictions and Free Tips from our expert tipsters when the teams go head-to-head in A-League on Wednesday, 21 December 2022.

Two back-to-back defeats pushed the Mariners down to the fifth position on the table. However, they made amends by winning their third game of the season recently.

Newcastle Jets defeated their counterparts earlier this month. However, it will be a difficult task this time as they are lacking consistency. They lost to Brisbane most recently. Now they have lost more than half of their league outings this season.

This is going to be the second time this month that both these teams will go head-to-head. Last time, the visitors won by 2-1. This is their only victory till now. The host have won three of the last four encounters against this team.

This will be the fourth time both teams will play against each other in 2022.

Who will win the match between Central Coast Mariners and Newcastle Jets?

The host are favourites to win this fixture. They have already won twice this year against this team. It is important to note that the visitors have lost three of their last four away games this season. They have a poor away record in the league this year.

The Mariners have scored two goals in three of the last four overall head-to-head meetings. They will head into this game following their 2-0 win over Sydney. We can expect the same trend to continue this time as well.

We can expect both teams to find the back of the net. This is after considering that in three of the last four head-to-head meetings, both teams have scored.

The first tip is that Central Coast Mariners will win this game– at 1.80 odd. They are fifth in the league, with three wins in their last five outings. Also, they won this fixture on three of the last four occasions.

Our second tip is that Central Coast Mariners will score over 1.5 goals – at 1.61. The host have scored at least two goals in their last three victories against the Jets in the last two years. Not to mention their recent 2-0 victory against Sydney as well.