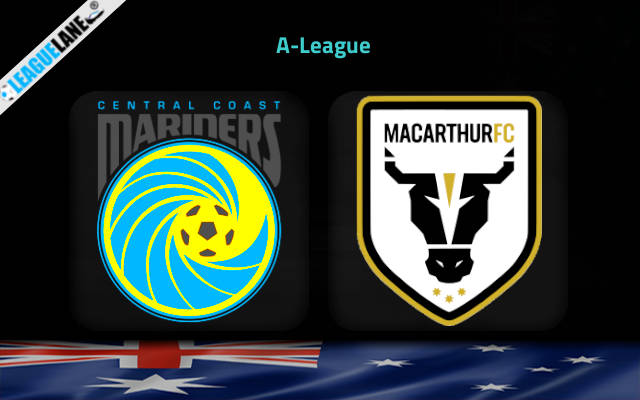 Central Coast Mariners begin this weekend’s round of fixtures firmly in the bunch of five teams separated by three points in the bottom part of the league. They have enjoyed playing at home recently, with the side currently unbeaten in 4 games. Macarthur have netted in the last 10 games coming into this one and have scored 8 goals in the last 5 fixtures and they are in the Quarter final Play Offs zone. These two sides go h2h this Saturday at Central Coast Stadium where the Bulls will be visiting for the 19th Round of A-League.

The Bulls are at the 4th spot on the standing with 25 points from 16 games. They won 7 times in the league while drawing on 4 and losing on 5 other occasions. They scored and conceded the same amount of 26 which shows that they need to improve defensive tactics.

Macarthur side come into this on the back of a 3-1 win against the Western Sydney Wanderers last weekend as they remain inside the top-half of a 12-team table. Scoring is not an issue for them when they playing away from home as they have scored in the last 9 games on road.

On the other hand, the Mariners resides at the 9th position on the table with 16 points. Of the 15 matches played, they won and drew 4 matches each while losing on 7 other occasions.

The Central Coast Mariners come into this on the back of a goal-less draw on road to the Perth Glory during the midweek. They had no trouble finding the back of the net recently and has scored in the last 7 home games.

The Mariners have home advantage in their favor and are also slight favorites on paper meanwhile Macarthur, by contrast are more consistent. These two sides have both scored and conceded 20 or more goals so far and both teams scoring therefore, looks a good bet for this one with our prediction for an away win.