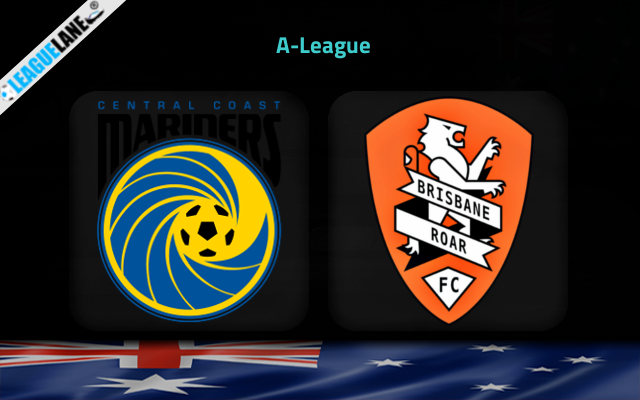 Central Coast Mariners and Brisbane Roar are in the possession of 11th and 12th spot respectively. They both had a disappointing start and follows that so far. With 11 points apiece, both these outfits will fight each other at Central Coast Stadium on Saturday in this A-League fixture.

Central Coast Mariners are having a dreadful form in the league of late. Their most recent league fixtures worsened their situation much more as they failed to pick points from those. Despite of their negative displays, they have a decent offensive side when compared to the frontmen of Brisbane Roar.

Recording two back-to-back defeats in the league, Brisbane will be hoping as usual to gain a positive momentum from this fixture to find a spot inside the top 6 of A-League table. However, they owns a defensive side which spoils their hope of finding a better spot.

The hosting side in this fixture have lost each of their previous three league outings. The most recent of those were recorded on the previous match-day against Adelaide United away from home. We can also see them leaking goals in each of their past 7 league fixtures.

However, they have a better form at home recently. They have managed to stay unbeaten in four of their total five home league fixtures this season. Considering the home stats, their attacking and defensive lineups looks decent.

On the other side, Brisbane Roar are yet to record an away win this season. They have a pathetic attacking and defensive side on road. Knowing that, we expect a win for the hosts at the end of this one.