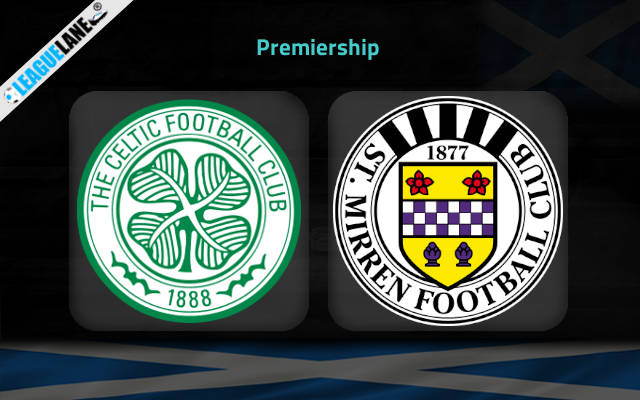 Celtic vs St. Mirren Predictions and Free Tips from our expert tipsters when the teams go head-to-head in Premiership on Wednesday, 18 January 2023.

Manager Stephen Robinson is finding it hard to believe that his team are on a four-game winless run. They lost to Hearts by 1-0 in their most recent outing.

Celtic defeated Kilmarnock by 2-0 to reach the final of the Scottish League Cup. They are at the top of the table, with a nine-point lead against their nearest rivals Rangers. They have an excellent winning record at home this season.

At this ground, the host are on a two-game winning streak. Both teams last met back in September and the visitors won that game by 2-0.

The host are unbeaten in eight of the last ten overall head-to-head matches.

Who will win the match between Celtic and St. Mirren?

The host will most likely take all three points from this game. Manager Ange Postecoglou is well aware of their opponents’ weak form presently. Moreover, they have performed well against this team at Celtic Park in the last four years.

At Celtic Park, this fixture has been a high-scoring one. In three of the last four head-to-head matches, the game ended with more than three goals combined. The only exception being the March fixture back in 2022.

The league leaders have won nearly all of their matches at Celtic Park. Do note that the visitors are on a four-game winless run. At this ground, Celtic have won against this team on numerous occasions. We can back the following, Celtic -2.0 Asian Handicap– at 1.800 odd.

Our second tip is that Georgios Giakoumakis will score anytime– the odd for this tip will be at 1.61. He is the third-highest scorer for Celtic this season. Also, he recently scored a crucial goal against Kilmarnock. We can expect him to find the back of the net in this game as well.