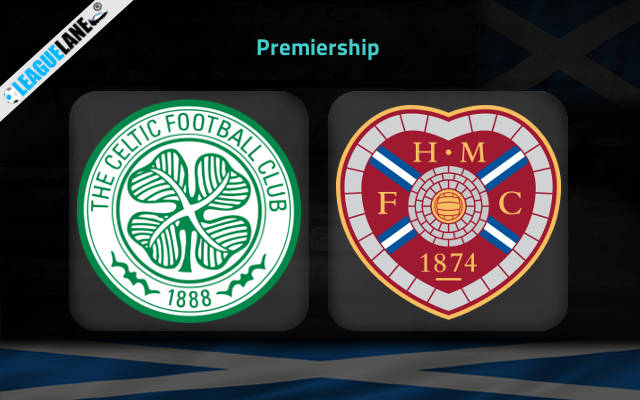 Celtic’s biggest motivation is the past season title they have claimed delivering an exceptional performance in the league. Their form were so impressive throughout that season.

The supporters of The Bhoys might have had the hopes of them recording the same this season. They showed the signs of extending that run by opening up with a clean sheet win and adding up a couple more of them to follow a winning streak at present.

Their upcoming Premiership fixture will be an interesting one as they faces Hearts who have been also enjoying a decent form of late. Thus, we expect a highly competitive affair between these two at Celtic Park in a Premiership fixture the coming Saturday.

The Celts have been recording positives consistently since many games. They are now having a shape with the potential of evading a defeat.

The Jam Tarts are also having an impressive form lately. They started off with a positive outcome and extended it to an unbeaten thread of three games.

In fact, Celtic’s unbeaten streak at home is the overall unbeaten streak number Hearts follows. Also, Celtic have been the dominant force in the recent history of this head to head match-up against Hearts.

Thus, we are of the view that Celtic will end up sealing a three pointer against Hearts. The competitive strength of both the outfits forces us to expect goals from either sides.