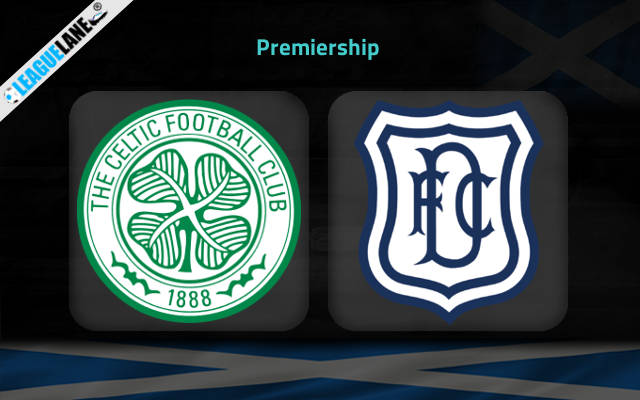 Celtic are adamant to snatch back the title that they lost to Rangers the last season. Though it seemed at first that the defending champions might run away with another title – things have turned around now.

Former champions Celtic are now at the top of the table, and that too in stupendous form.

They are on a long winning streak, and they are scoring goals in plenty. And as a cherry on top, they have an easy game coming up.

They are at home, and are pitted against one of the relegation-threatened squads this Sunday. Not only are Dundee a recently-promoted squad, but they are also placed second to last in the table – and only one other team has conceded more goals than them in the entire competition.

By the looks of things, expect a win for Celtic this Sunday.

Celtic are on a nine-fixture winning streak, and they had scored a total of 14 goals from their past four matches alone.

Note that they have also lost just once at home this whole season, and this sole loss had come in the Europa League.

On the other hand, Dundee were winless in nine of their past twelve overall fixtures, and in the process they had also gone on a six-game losing streak.

Note that they have also won just four times on the road since July of 2021.

Considering these observations, expect a win for Celtic this Sunday.

Tips for Celtic vs Dundee