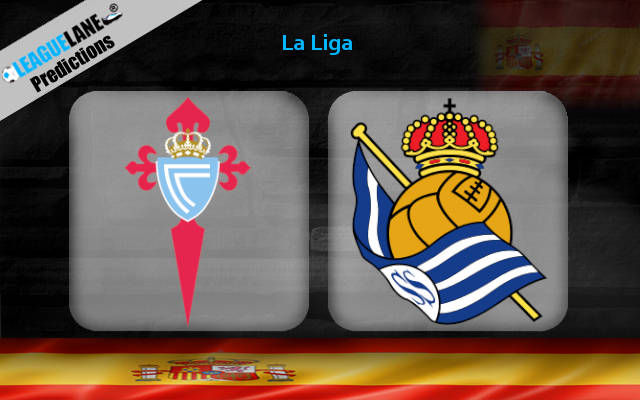 Apart from their opening victory in the league this season, Celta Vigo hasn’t made the headlines in recent times in La Liga until now. Their six-game winless streak will hold them back in the upcoming match, but playing at home will be a comfort for the Celts. They will host after a 1-1 draw on the road with Levante last time out in the schedule.

Real Sociedad is leading the La Liga table as it stands with 14 points from their 7 appearances. Having lost only one of their league clashes so far this term, they pose an enormous threat to the host in the game. They are on the back of a three-game winning streak in the campaign, following a 4-1 win at home against the likes of the promoted side, Huesca.

The winless streak in their schedule will hold Celta Vigo back in the upcoming match, especially facing the table leaders of the campaign as it stands. They have lost both their recent two home matches in the league this term without even scoring a goal.

The host enjoys the ground advantage and their only win in the league so far was at home. Since their defeats at home came against strong sides like Barcelona and Atletico Madrid, they can let off a little steam when facing La Real at Estadio de Balaidos.

Real Sociedad is on a dream run in their overall schedule, including a win in the Europa League fixtures this season. La Real will come in hot with a four-game winning streak across all major contests in their schedule, with three clean sheet wins in it.

Besides, the visitor has conceded no goals in their recent three outings in the schedule. And away from home, La Real has been unbeaten for the past seven fixtures apart from club friendlies in their overall schedule.

Based on these stats, La Real is likely to create more chances in the game. The double chance favoring Real Sociedad will probably be the best bet for the punters. Along with that, the tip for the away side to win with a +1 handicap also seems to be a suitable option to yield decent returns in the encounter.