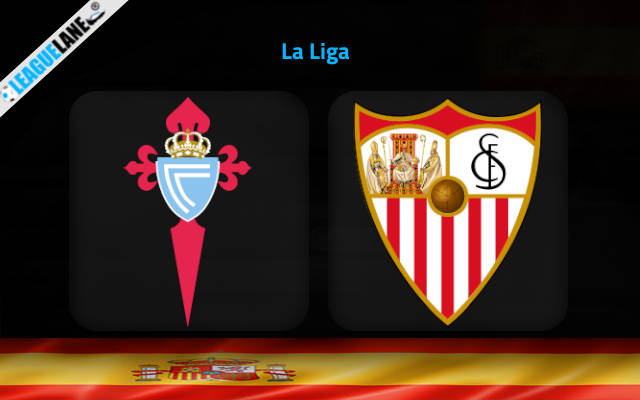 Not many experts predicted Sevilla to be in the bottom-three of the Spanish La Liga standings after the opening 14 rounds of the competition.

Nevertheless, Los Rojiblancos have had a dreadful campaign in the first half of the season and they will be desperate to bounce back after the World Cup break.

Is there any value in backing Sevilla (a top-four team in the last several seasons of La Liga) to beat the relegation-threatened side on the road at the 3.40 odds?

The answer to this question is probably positive, especially after the performances Jorge Sampaoli’s men have put up in the recent outings.

Los Rojiblancos notched ten goals in the wins over Volendam (7-0 in an exhibition game) and lower-division Juventud Torremolinos (0-3 in the second round of Copa del Rey).

However, we must say that Celta Vigo also looked decent in their latest games, netting three goals in each of the wins over Brentford (1-3 in a friendly on English soil) and Gernika (0-3 in Copa del Rey).

When it comes to the league matches, though, Celta lost five and lost two of the last seven matches. This was the main reason for the managerial change as Carlos Carvalhal took over Edouardo Coudet on the bench in early-November.

Sevilla have been horrendous in the inaugural 14 rounds of the season but we just have to see the value in backing them to claim the spoils here as the underdogs. You should not forget that Celta lost five and drew two of the last seven La Liga affairs.

To increase the value, we will go with Sevilla to win & Under 2.5 goals FT bet at the sky-high 6.50 odds. Those who prefer the correct score punts can shoot for Sevilla’s 0-1 win at the 9.00 odds.