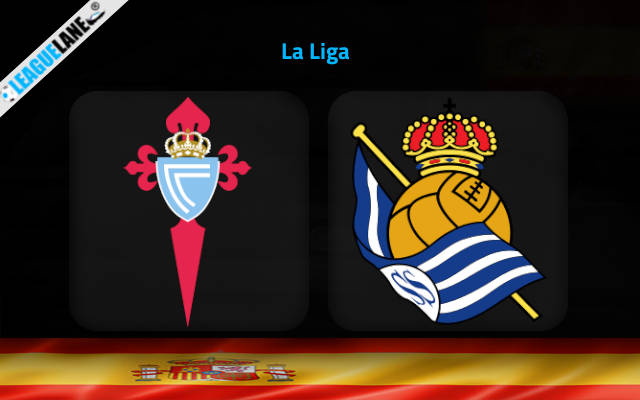 After a somewhat slower start to the season, Real Sociedad managed three consecutive league wins and jumped to sixth position in La Liga ladder as a consequence.

Their latest victims were Villarreal as the former Celta Vigo star Brais Mendez made the difference in a 1-0 victory in San Sebastian.

Head coach Imanol Alguacil can be thrilled with the performance his men have offered on the occasion. It was indeed a fantastic one as it is obviously not easy to limit El Submarino Amarillo to only five attempts in total in the 90 minutes of play.

Brais Mendez will now face his former team in the first game of Sunday’s La Liga schedule as his Real Sociedad are hoping to extend the winning thread and break into the top-three in the league standings with a win.

Celta Vigo have been playing hot and cold since the beginning of the season but they clearly have issues with efficiency these days.

The Sky Blues had some great chances in the second half of the last weekend’s game against Barcelona but failed to convert in a 1-0 defeat at Spotify Camp Nou.

Celta lost three of the last four league games, scoring no more than two goals along the way.

Real Sociedad pulled off a great defensive display in the 1-0 win over Villarreal seven days ago and we expect to see something similar from them here against Celta Vigo who have been struggling offensively in the recent matches.

The away win to nil is the way to go here at the odds of 4.50. We also like Real Sociedad to have the lead at the half time and win the match at the end at the even more attractive 4.75 odds.