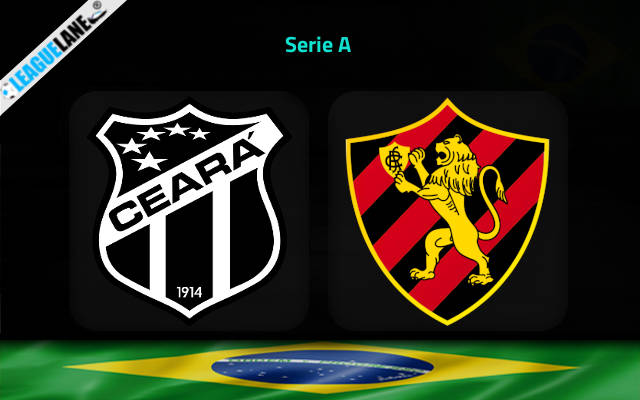 Sport Recife are in a much greater need for points, but Ceara will enter the game in much higher spirits. The hosts lost just one of the last five league games. The loss came on Wednesday evening away at Athletico Paranaense. They won two in a row at Estadio Castelao and the home win has to be the way to go for us here.

Everything went wrong for Sport in that game. They conceded the opening 19 minutes in, while their left winger Gustavo got sent off five minutes later.

America Mineiro doubled their lead eight minutes after the break and it seemed that the game was out of Sport’s hands at that moment.

Nevertheless, the team showed a phenomenal fighting spirit to come back and equalize at 2-2 before conceding the late goal to eventually lose 2-3 at the end.

It was the fourth defeat in the last five Serie A outings for Sport Recife who are now six points shy of Bahia in the safe zone.

Since Bahia have a game in hand on them, we can say that Sport Recife indeed have a mountain to climb to prevent the drop to the Serie B football.

The visitors will face a very tough challenge on Sunday when they take on mid-table Ceara who have been playing very well at home throughout the entire season.

Tips for Ceara vs Sport Recife