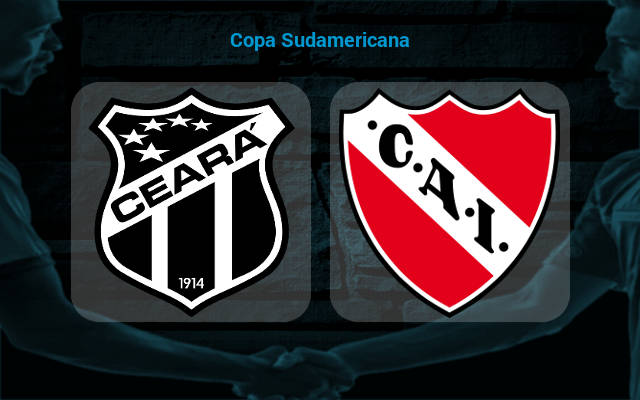 Ceara host Independiente in the opening round of the 2022 Copa Sudamericana campaign.

Neither of the outfits will enter the tie on a high following their respective runs of negative results in the last several weeks.

Ceara only made it to the quarterfinal of Copa do Nordeste where they were eliminated on penalties by lower-division CRB side last weekend.

They did not have much luck in the previous term of Copa Sudamericana either. Despite conceding just two goals in six group-stage ties against Arsenal, Bolivar, and Jorge Wilstermann, Ceara came second in Group C, thus failing to advance to the next round.

It is worth noting that they showed much better performances at home than on the road on the occasion. Ceara won two and drew one of three group-phase affairs last time out, shipping just one goal along the way.

Independiente were much more convincing in their respective group, winning four and drawing two of six matches against Montevideo City Torque, Bahia, and Guabira before being stopped by Santos (1-2 on aggregate) in the last 16 round.

Independiente have won only one of the opening seven matches of the new LIga Profesional Argentina campaign, drawing as many as four times in the process.

They have won only two of the previous eleven matches on the road in Copa Sudamericana and we could see them struggling to perform here against Ceara.

Ceara and Independiente did not have a chance to take on each other in the past.

Ceara are struggling for goals right now as only two of the last ten games they played across competitions saw three or more goals scored. The fact they have faced lower-division teams in the vast majority of these outings says enough about their attacking form.

Independiente, on the other side, generally tend to play much better in their own backyard and we don’t see them as favorites at all here. The draw is the most likable of the three outcomes and we will go for it at the odds of 3.10. We also like the Under 2.5 goals FT bet at the 1.53 odds.