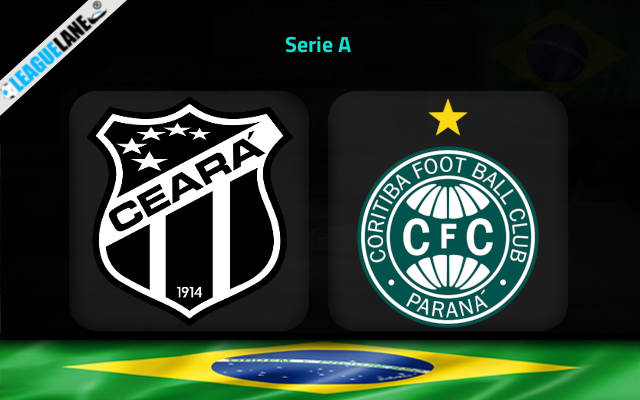 Ceara have been one of the worst teams in the Brazilian top flight this season and are rightfully placed in the relegation zone as of now. They have won just once all through the campaign and only one other team have let in more goals than them in the entire campaign till now.

Meanwhile, Cortiba are one of the best in the league and are placed 4th in the standings at present. They are trailing by just 2 points below the toppers and it also needs to be noted that only 3 other teams have scored more goals than them in the entire competition.

By the looks of things Cortiba seem to have the edge this Saturday. However, they have been a mess on the road lately while their counterparts Ceara are on a roll at home. Moreover, Ceara also have a good head to head record against his opponent over the years.

For the reasons expect goals to come from both ends of the pitch this weekend between the 2 teams.

Cortiba had won 12 of their past 18 overall fixtures and they had also scored 2 or more goals in 12 of their preceding 21 matches.

Considering this form expect Cortiba to have the upper hand this Saturday.

However, they have let in goals in plenty lately on the road, while counterparts Ceara have found the back of the net at a consistent rate at home.

For the reasons, expect a high-scoring affair this weekend between the 2 teams.

Tips for Ceara vs Coritiba