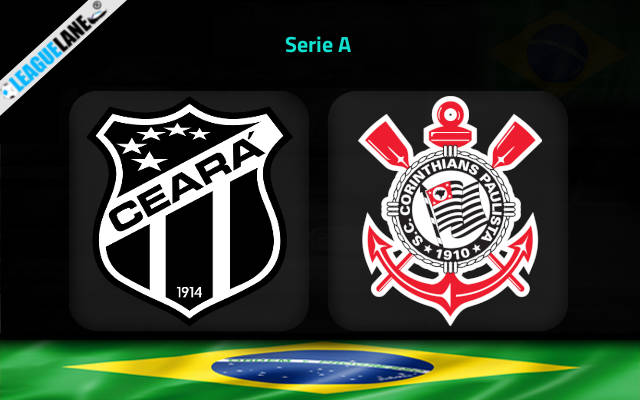 Ceara have been one of the worst teams in the Brazilian top flight and they will be locking horns with one of the toppers Corinthians this Sunday.

Ceara are placed in the relegation zone as of now and they have managed to win a total of just three games all through the campaign. They are also one of the very few teams to have remained winless in the past five fixtures in the competition.

They have let in goals in plenty so far in the tournament and it needs to be mentioned that they are the only team to register a win at home.

Meanwhile, Corinthians are placed second in the table at present and they need a surplus of just one point to climb into the top-most spots.

Defense has been one of their hallmarks this season in the competition and they will be eager to keep this trend alive this coming Sunday as well.

Finally, they also have a good head-to-head record against this opponent over the years.

Taking into account these observations, expect a victory for Corinthians this weekend.

Ceara were winless in seven of their past nine overall fixtures and they had failed to keep clean sheets in five of their last six games. Do also note that they have won just once at home in the past two months.

On the other hand, Corinthians were unbeaten in 19 of their previous 21 overall matches and they had remained so in seven of their last nine road trips as well.

Considering these observations as well as the head-to-head superiority of Corinthians, expect a win for them this Sunday.

Tips for Ceara vs Corinthians