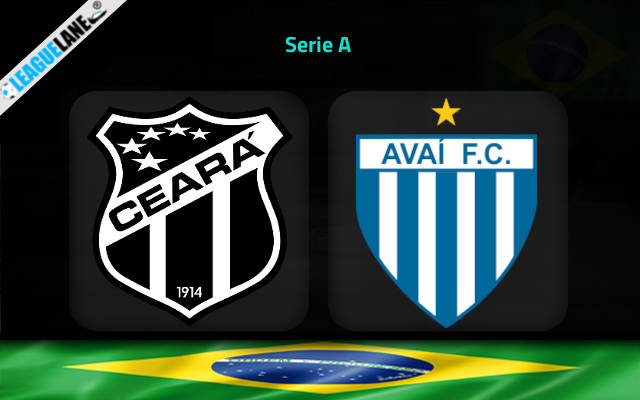 Gameweek 18 of Serie A is set for this weekend as Ceara play host to Avai where both these sides are level on points but are separated by just a place. These two teams will be seen clashing at Castelão, this Wednesday.

Avai is at the 12th spot on the standing with 21 points from 17 games. They won 6 times in the league while drew thrice and lost on 8 other occasions. Their struggles at the defensive end of the pitch has been a key factor in their downfall as they have conceded 27 goals so far.

The visitors will go into the meeting following a 1-0 Serie A win over Santos in their most recent match. They have the second-most conceding figures in the league yet they still somehow hold onto the last promotion slot to Copa Sudamericana.

On the other side, Ceara resides at the 14th position on the table with 21 points. Of the 17 matches played, they won just 4 games while drew on 9 and lost on 4 other occasions. The hosts have seen netting frequently but they tend to concede more of the same which hints that some defensive adjustments is needed.

The hosts will be looking for another win after the 3-1 league victory against Corinthians. Ceara have been on a persistent run of goal-scoring form, netting in all of their last 6 matches, bagging up a total of 11 during the period.

Going into this one, Ceara have not lost a league tie with this opposition in their previous 3 matches. They also remain unbeaten in their last 4 h2h home matches. But they won just one home game so far this campaign and have the highest ties in the league as well.

Considering their previous h2h stats, we feel that a home win is likely to occur this Wednesday.