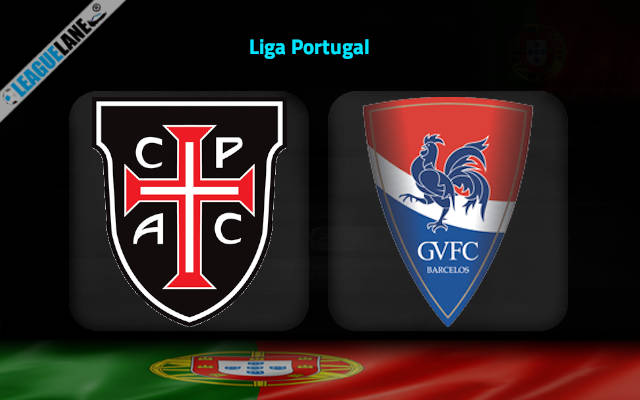 Casa Pia vs Gil Vicente Predictions and Free Tips from our expert tipsters when the teams go head-to-head in Liga Portugal on Sunday, 22 January 2023.

Casa Pia have been one of the best in the Portuguese top flight all through this season, and it is no wonder that they are placed in the top-five of the table at the moment.

Meanwhile, Gil Vicente have a totally different story to share. They are hanging by a thread over the relegation cut-off, and have a 100% losing record on the road barring a single draw and a win.

Only once have these two teams locked horns before. In the Round of 32 in the 2016 Taca de Portugal, Gil Vicente managed to progress through via penalties, after the game ended 0-0 in Extra Time.

Who will win the match between Casa Pia and Gil Vicente?

Gil Vicente have a perfect losing record on the road – disregarding one draw, and a win against the relegation-threatened Maritimo. As of now they have a surplus of just one point over the relegation cut-off.

Meanwhile, Casa Pia are in pursuit of a top-four finish, and they also have one of the best defenses in the competition. In fact, only three teams conceded fewer goals than them in the league – and that too by a narrow margin.

As things stand, count on Casa Pia to emerge victorious this weekend.

Gil Vicente have an out-of-form defense at the moment, and on top of that they are on the road. The last they kept a clean sheet on the road in a league match-up was back in March.

The hosts could really take advantage of this, and go after a huge win this Sunday. This is an opportunity for them to push for an entry into the top-four.

Chances are quite high for this fixture to turn into a high-scoring affair.

As mentioned before, Casa Pia have one of the best defenses in the league, and they are also the favorites to deliver a win. Moreover, the only time these two locked horns before saw them taking Gil Vicente to penalties (after the game ended 0-0 even after Extra Time).

Likely, it is a doubt if the guests will find the back of the net this game week.

Casa Pia lost just twice at home in league games in the past five months, while counterparts Gil Vicente could register just one Liga Portugal win on the road since March 2022.

If recent form is any indication, Casa Pia are outright favorites this Sunday against Gil Vicente, who are finding it hard to stay above the relegation cut-off. And as such, Casa Pia to Win at an odd of 2.30 is the best pick for the day.

And they are rightfully expected to find the back of the net at least twice against the struggling guests. After all, Gil Vicente let in two or more goals in four of their past six road trips. And the odds for the same are placed at 2.50.