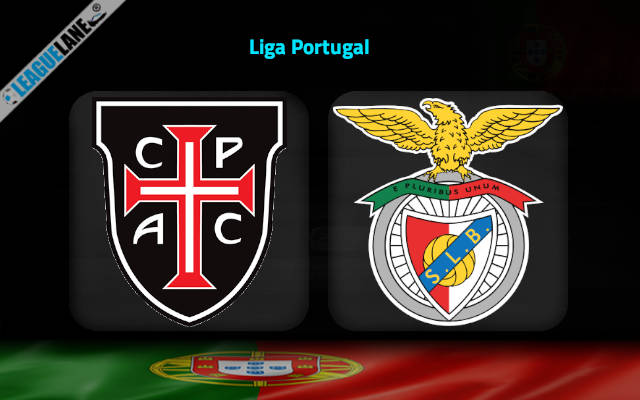 Casa Pia were at the second spot of the past Liga Portugal 2 table at the end. They had a decent form throughout the season. Their spot allowed them to claim a spot in the first division battle this season. They will be having high hopes prior to this season.

Meanwhile, Benfica were having a decent form throughout the past Liga Portugal season. Their decent consistency allowed them to claim the third spot at the end of the season to play the Qualification fixtures for the upcoming Champions League season.

We can see Casa Pia recording inconsistent winless outcomes before entering this Liga Portugal season. Following their recent form from the pre season friendlies, they started off this season with a goalless draw against Santa Clara.

Casa Pia had a strong form at home throughout the past season. But they failed to maintain the same here after gaining the promotion to the first division. They are winless in each of their past two home outings.

On the other side, Benfica were enjoying their impressive run in the pre season friendlies. They have won each of their five friendly outings post the completion of the past season. This includes strong outfits across different competitions.

Benfica have played a couple of highly competitive fixtures too. Still, their pace remains the same. They are currently following a winning streak for nine games across all competitions. Their opening Liga Portugal fixture this season against Arouca ended up in a motivating 4-0 win too.

Considering all the above stats, we are of the view that Benfica will end up sealing a comfortable win against the new comer Casa Pia this Saturday.