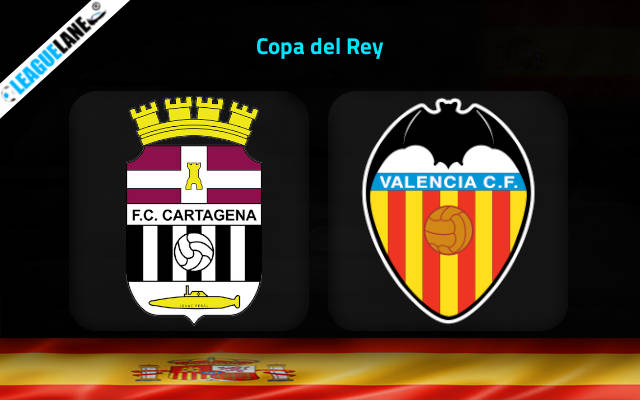 Valencia are one of the favorites to secure a top-tier position in the Spanish La Liga, and they are in great form at the moment (particularly on the road).

Meanwhile, Cartagena too having been doing well for themselves – but there’s a massive asterisk attached. They are from the second division. They absolutely are in no shape to take on a titan from the top flight. Moreover, they also have a poor h2h record against this rival.

Likely, expect a win for Valencia this Wednesday.

Valencia are one of the top teams in the Spanish league – which is one of the best domestic competitions in Europe, and they regularly lock horns with some of the titans in the football world.

They are scoring goals at a great rate, and they have got themselves an easier opponent this Wednesday. Do also note that they have a great h2h record against this foe.

On the other hand, Cartagena are in good form – but as mentioned earlier, they are from the second division. And so far they have failed to break into the top-seven of the Segunda.

By the looks of things, expect a win for Valencia this match-day at the Estadio Municipal Cartagonova.

Tips for Cartagena vs Valencia