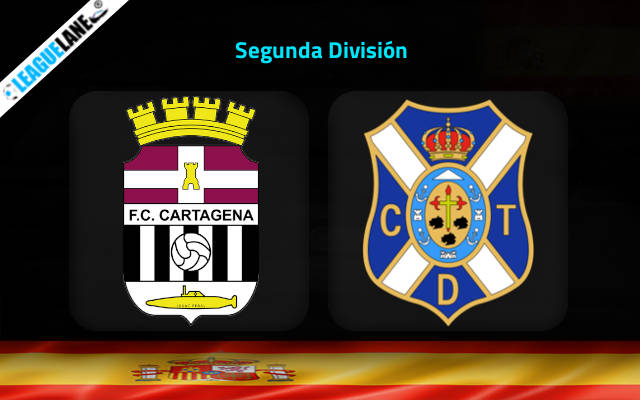 Cartagena are working very hard to get their points up in the table by gaining more wins in the tournament. They will face Tenerife who are on the 3rd position this Monday at Cartagena.

The hosts are in the 9th position in the league table after securing 8 wins, 1 draw and 9 losses in LaLiga2. In their last match, they faced Racing Rioja and won the match after scoring 2 goals ending the game 0-2 FT score.

Tenerife are only 2 points below Eibar. Securing more wins in the upcoming games will help them secure a direct promotion to La Liga. Their previous match was in Copa Del Ray, where they faced Ibiza Islas Pitiusas. They match ended with 1-2 FT score where Tenerife emerged as winners.

FC Cartagena has not been able to keep playing consistently this season. When they secure 2 wins, they lose the next 2 games, and they have more losses than wins. They have scored 22 goals and has conceded 26 goals this season.

Tenerife has gained 33 points from 18 games with 10 wins, 3 draws and 5 losses. They have won 4 of their last 6 games and has kept clean sheet in 4 of those games. They have scored 24 goals and has conceded 20 goals this season.

Tenerife won 4 of their 9 away matches but was not able to secure a win their last away match against Malaga. The match ended with 1-0 FT score in favour of Malaga.

The visitors are currently on a two-game win streak and will look to keep this streak going. They also have scored most of their goals in the second half in the last 10 games.