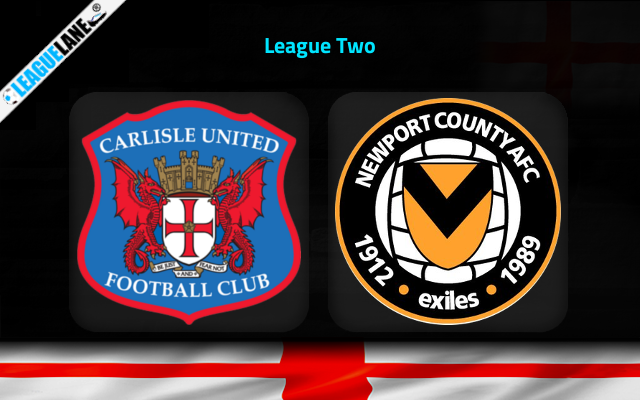 Carlisle United have been surprising their fans in recent by recording back-to-back positive displays in the league. They are bettering themselves from their cold slump since the beginning of this season. They have now gained the much needed competitive spirits and we can expect anything from them on the back of their present form.

Carlisle recorded a 2-1 win over Northampton in their most recent league fixture at home. With that win, they have woven a thread of four subsequent winning games in the league.

Meanwhile, Newport have been consistently sealing in points from their league fixtures so far. As a result of such a run, they occupies the third spot on the table with 59 points in hand. They have the support of a strong attacking and a decent defensive lineup.

Newport were last seen on a League Two match-day against Stevenage away from home. The match ended up in a 0-2 win for them. Recording the above positive outcome, they are now on the back of six unbeaten games in the league.

By the looks of things, either of these two outfits will go after the three points. Therefore, we expect a highly competitive affair at Brunton Park between Carlisle United and Newport in the 37th Round of League Two fixtures on Tuesday.

We can see Carlisle occupying a spot outside the top half on the table. But their position is not what matters here. They possess an excellent form in the league of late. With such a positive run in trend, we can’t expect them to be on the losing side here.

Newport also looks to have an excellent form in the league of late. Therefore, we are backing the draw option instead of concluding with a note in favour of either of these two outfits.