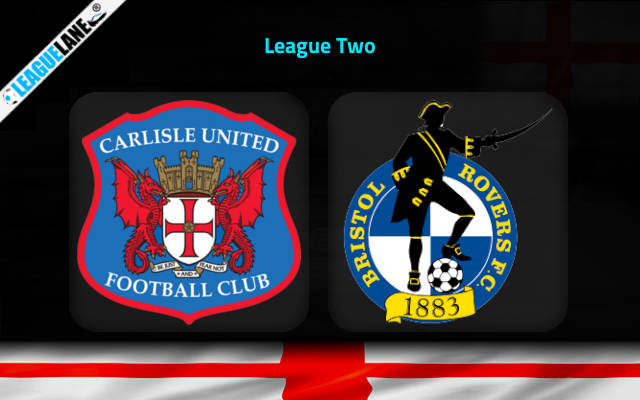 Bristol Rovers are on a 4-game winning streak and are leading the Play Offs spot. They are level on points with Northampton and who are in the zone for promotion to League One. Carlisle United won 5 of their last 6 games and are slowly starting to climb up the table. The hosts were in the red zone earlier this season, but they have managed to pull off a string of wins as of recent and this upcoming fixture will certainly be a good test for them. The two sides will face off at Brunton Park this Saturday for the 39th Round of League Two.

Bristol Rovers are at the 4th spot on the standing with 63 points from 38 games. They won 18 times in the league while drawing on 9 and losing on 11 other occasions. The visitors haven’t lost a match in 20 of their last 24 matches in League Two.

Bristol Rovers will come into the encounter following a 1-0 league win against Northampton Town in their recent fixture. They have succeeded in keeping a clean sheet in their last 3 fixtures.

On the flip side, The Blues reside at the 17th position on the table with 43 points. Of the 37 matches played, they won on 11 while drawing 10 times and losing on 16 other occasions. Their total goals to conceding ratio stands at 33:50 showing their far from perfect defense.

Carlisle United are hoping to win again following the 2-1 League Two triumph against Barrow. They haven’t had any problems with scoring, finding the back of the net in each and every one of their last 6 games.

The visitors haven’t beaten Carlisle United when they have played them away from home in the previous 5 league matches. We feel that an away win is most probable as the hosts won only 26% of the game played at Brunton Park this season. Also, the Rovers won back to back fixtures at home.