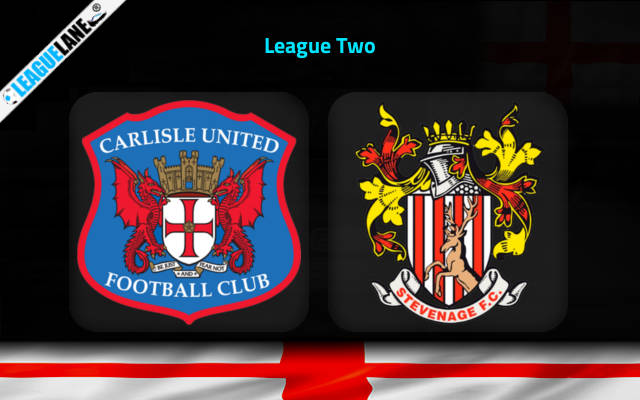 Carlisle United’s recent matches have not achieved the results the team had hoped for. The team has played poorly in their matches throughout the season, placing them at the bottom half of the league table. With only two more matches remaining this season, Carlisle has no chance of getting promoted. They stand 20th on the league table with 50 points and have a locked position in League Two next season as well.

Carlisle United played their last match against Harrogate Town, in which Harrogate opened the scoring in the 18’ minute and continued their scoring even in the last minutes. Carlisle failed to score in the match, ending the match with 3-0 FT score.

Stevenage played their last match against Mansfield Town. Mansfield scored two goals while Stevenage could score none, ending the match with 2-0 FT score.

Both teams have played poorly in their matches this season, which has placed them in the bottom half of the table. However, in their recent matches, Stevenage has shown an improvement, securing three wins in the last five matches.

Carlisle United’s recent home matches show the team securing win after loss in them. The team has been inconsistent with wins in their home matches. Stevenage has played poorly in their away matches this season and has won only once in the last ten matches. At the moment, they are winless in the last two matches.

Stevenage’s improvement in their most recent matches makes them the most likely choice to secure the win. However, their away records have not been the best. So, the match will most likely end in a win for Stevenage or in a draw. Stevenage has scored at least one goal in the second half of their recent matches as well.