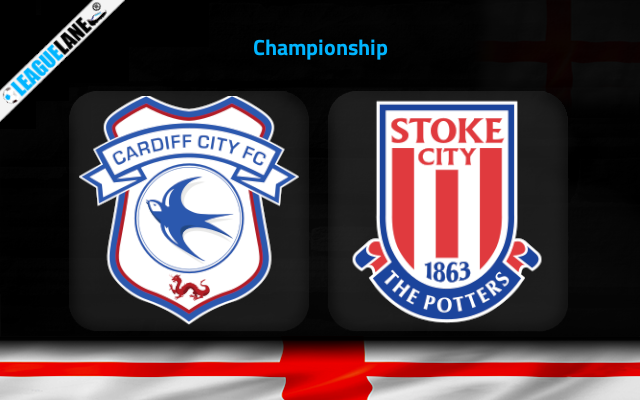 Neither Cardiff nor Stoke City are enjoying a decent Championship season so far. Both these outfits will meet each other in a Championship fixture on Wednesday at Cardiff City Stadium.

Cardiff sits 17th on the table with a total of 43 points from 37 Championship fixtures. They have an average attacking and a disappointing defensive lineup. They have an inconsistent dud form since the beginning of this season.

Cardiff drew their most recent league fixture against Preston at home. With that draw, they are now on the back of three straight unbeaten games in the league.

Meanwhile, Stoke City are undergoing an unimpressive form in the league of late. Their current form is evident from their positioning at 15th on the table. They have a total of 46 points. They owns an average defensive and attacking lineup.

Stoke City were last seen on a Championship match-day at Peterborough. The match ended up in a 2-2 draw. They added up that draw with their previous 1-1 draw against Barnsley. However, they are winless in the past 8 league fixtures.

By the looks of things, both these outfits will go after the three points. Therefore, expecting a competitive Championship affair between Cardiff and Stoke City.

Cardiff possess a seesaw of form at home lately. They are winless in 5 of the past 10 home fixtures in all competitions. Similarly, Stoke City also have an inconsistent away form recording winless fixtures recently.

Stoke City have managed to score in each of their past 7 on road fixtures across all competitions. They have been leaking goals too.

Analyzing their league stats, we are reckon to think that draw is an ideal option for this one. Their head to head stats of recent shows the recording of spoils too. Therefore, we are backing neither of these two outfits to seal a win from this fixture.