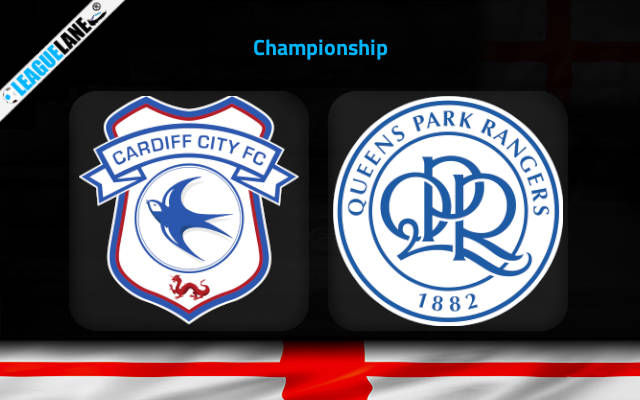 Cardiff vs QPR Predictions and Free Tips from our expert tipsters when the teams go head-to-head in Championship on Monday, 26 December 2022.

QPR finally gave their supporters a reason to celebrate as they picked up three crucial points against Preston recently. Jimmy Dunne was the only goal scorer in that game, the important part is that this win helped the team end their four-game losing streak.

At the same time, things are not looking good for Cardiff. They are on a four-game winless run. Most recently they played against Blackpool in a 1-1 draw.

Both teams have already met two times this year. The visitors won the most recent head-to-head match which was in October.

In the last two years, both teams have played against each other on six occasions. The current visitors won all of them with just one exception.

At Cardiff City Stadium, QPR have a solid winning record as they are unbeaten in the last two consecutive matches.

Who will win the match between Cardiff and QPR?

The visitors are favourites to win this fixture. The two main reasons are that they have a very strong record against this team since the last two years. Also, the host are winless in four of their last five away matches.

At least three goals have been scored in the last two head-to-head matches between these two teams this year. The visitors scored three goals back in October against Cardiff. We can expect the same trend to continue this time as well.

Both teams have scored only once in the last four head-to-head meetings. The last time both teams scored at Cardiff City Stadium over five years ago.

You can back the following, as our first tip is that QPR will win both halves – the odd for this tip will be at 5.00 odd. Back in October QPR won both halves when they played against Cardiff. The same result was there back in 2020 as well.

Furthermore, our next tip is that over 2.5 goals will be scored– at 2.20. This year on both occasions the game ended with at least three goals being scored.