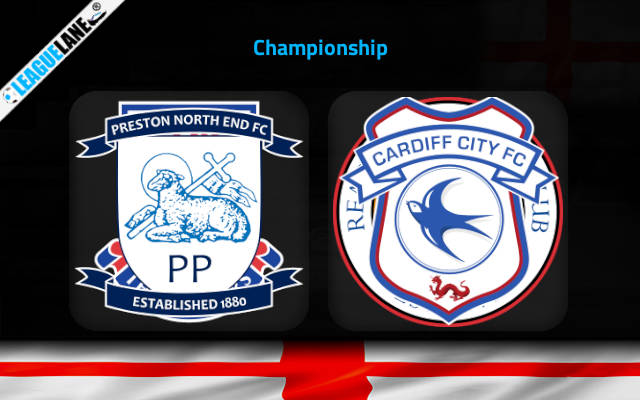 Cardiff City will hear the Ayatollah being sung by their fans as they will lock horns with Preston in EFL Championship this week at the Cardiff City Stadium.

The Lilywhites are unbeaten in the EFL Championship season so far. Ryan Lowe’s side has won one game and drew four after match-day 5 concluded.

It is worth knowing that both teams are tied with seven points each in the league table. However, Steve Morison’s side can take the top spot if a win is secured.

An unbeaten streak of two games was kept by the Wales-based club, however Bristol City ended it. In their last league outing, the Bluebirds lost to the Robins 2-0. Steve Morrison’s side managed to dominate the game but they failed to break Bristol City’s defence.

Meanwhile, Preston failed to advance to the third round of the EFL Cup losing 2-1 to Premier League side Wolves. Ben Woodburn scored the only goal for the Lilywhites in the 48th minute.

In their last league outing, Ryan Lowe’s side managed to hold Watford till the end of the game. Ben Woodburn played as a substitute in that game.

A win for Steve Morrison’s side will take the Bluebirds to the top spot in the table.

We can expect Cardiff to win this game comfortably at home. Spectators can expect a dominating game from the home team, as the Bluebirds registered more than ten shots on goal in their last three games.

Against Preston, Steve Morison’s side has managed to win more times. The away form of the Lilywhites is not looking too bright, with two wins in their last five games.

In all competitions, Ryan Lowe’s side is very weak in front of the goal with a meagre 0.20 goals being scored per game.

By the looks of things, we expect Cardiff to win by a narrow margin- the odd is at 2.70 for this tip.

You can also bet for both teams to score at FT bet at 2.00 odd – since Cardiff and Preston have registered nineteen goals combined in their respective previous five fixtures in all competitions.