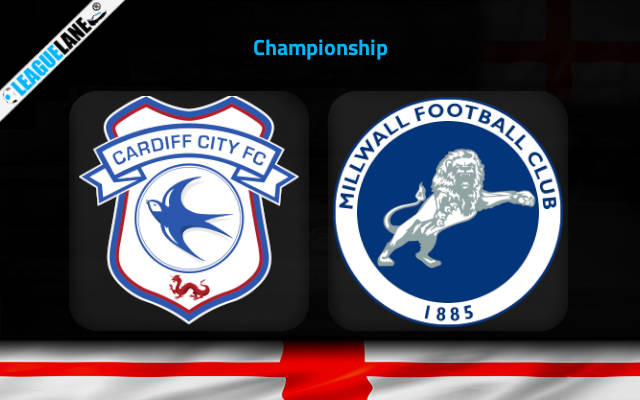 Cardiff vs Millwall Predictions and Free Tips from our expert tipsters when the teams go head-to-head in Championship on Saturday, 21 January 2023.

In the last two months, Cardiff’s form has gone downhill. They are very close to the relegation zone and have not won a league game since the 5th of November. They played well in the FA Cup game against Leeds United.

Meanwhile, Millwall’s four-game unbeaten run finally ended when they lost to Middlesbrough by a narrow 1-0 margin. The supporters are concerned about the teams form they are out of the FA Cup.

It is important to understand that seven of the last ten head-to-head matches have ended in a stalemate between these two teams. The last time Millwall won at this ground was way back in 2003.

The visitors did manage to win the September fixture of last year by 2-0.

Who will win the match between Cardiff and Millwall?

The past records show that both teams have struggled to win this game. At the same time, six of the last seven matches have ended in a stalemate for Cardiff. Therefore, the chances are high that this game will end in a draw.

This fixture is a low-scoring one in recent times. In four of the last six meetings, the game ended with not more than three goals combined. In the league, the host have scored only one goal at home this month.

Both teams have scored consistently in the last three meetings at this ground. We can back the same trend this time as well.

Four of the last five meetings at Cardiff City Stadium have ended in a stalemate. Also, the recent form shows that two of the last three matches have ended in a draw for the visitors. The same applies to Cardiff as well. Therefore, our first tip is that the game will end in a draw– the odd for this tip will be at 3.10 odd.

Also, you can back on Both teams to score – at 2.00. The main reason for this tip is that the last three matches between these two teams at Cardiff City Stadium ended with eight goals being scored combined.