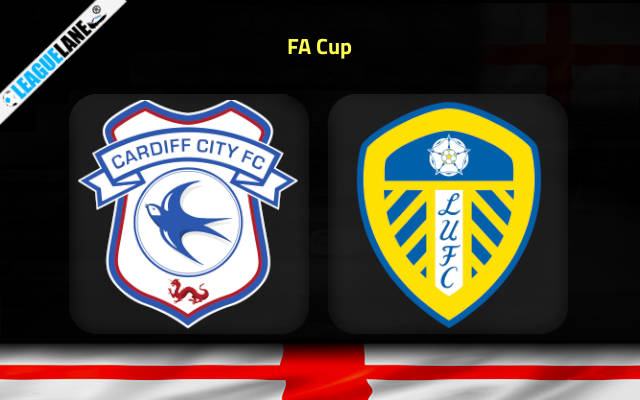 Cardiff will be looking for a confidence-boosting victory on Sunday afternoon when they play host to Premier League side Leeds in the third round of the FA Cup.

The Bluebirds have been struggling to get things going in the Championship of late. They are winless in seven straight league outings.

This spell of form has dropped them to the 20th position in the league table. Mark Hudson’s troops are now only two points above the red zone.

Hudson is particularly worried about the lack of attacking creativity in his roster. Cardiff have failed to score a goal in three consecutive league matches. The streak includes the last weekend’s 1-0 defeat at Blackburn.

Cardiff are now up against the attacking-minded Leeds and we should see them getting chances up front.

However, they will also face numerous problems at the opposite end at the same time, knowing how good the Peacocks have been in the final third in their previous game against West Ham on Wednesday.

Leeds took two points from the last two Premier League affairs against Newcastle and West Ham. They will go into this clash against Cardiff high on confidence, aiming to record the maiden win after the World Cup break.

Cardiff have been really struggling for goals of late. We have seen just one goal in the last three games they have played in the Championship.

Knowing that Leeds also kept a clean sheet in their previous away match in the Premier League against the in-form Newcastle, we see the value in backing Leeds to win & Under 2.5 goals FT bet at the odds of 4.50. The 0-1 correct score bet is priced up at the 8.00 odds.