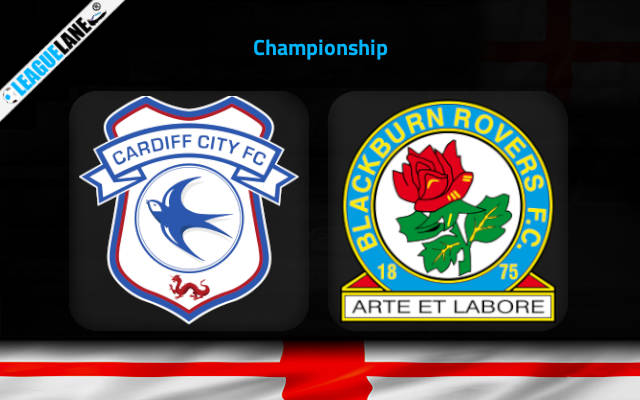 The losing woes continue for Cardiff this season. There is still time left for Steve Morison and his men to turn things around. They will host Blackburn at Cardiff City Stadium this Tuesday.

The team led by Steve Morison have lost five games so far. However, they did manage to hold Burnley by 1-1 recently. In that game, Callum Robinson scored the equaliser in the 90th minute of that game.

The team is currently at the 18th position on the table ranking. The recent form is looking very dull for the host. They have won only a single game in their last five league outings.

Meanwhile, Blackburn defeated Millwall by 2-1. This victory was much needed as they lost to Luton Town previously.

In that game against Millwall, two different players namely Tyrhys Dolan and Ben Diaz were the goal scorers. They both scored in the second half of the game.

Following this important victory they are currently at the sixth position in the table.

By the looks of things, we can expect Blackburn to win this fixture. Do note that the opponents are struggling this season.

Moreover, the recent form is showing that Steve Morison’s team are winless in their last two championship matches.

It is worth knowing that the host have won only three games so far in the league this season.

This upcoming fixture is crucial for Cardiff. If they secure a win, it will take them all the way up to the eleventh position on the table.

Meanwhile, the visitors are having an unusual form this season. They are losing every alternate game.

Therefore, our prediction is that be Correct Score will be Blackburn 2-1 – at 11.00 odd. This is after considering that the visitors are unbeaten since 2017 also, they are on a two-game winning streak against this side in the overall matches.

Also, our next tip for this game is that Both Teams to Score – at 1.90 odd. At Cardiff City Stadium, both teams have scored in three of the last four encounters.