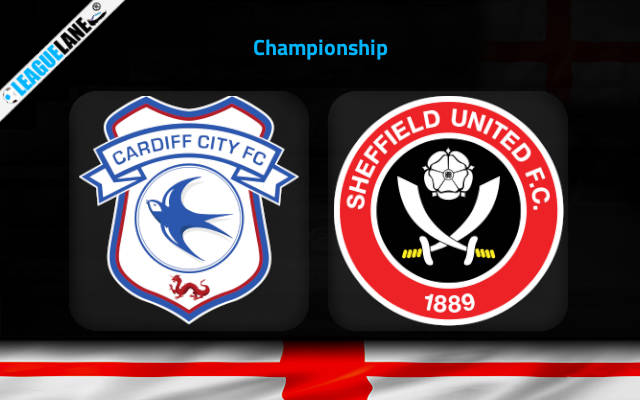 Cardiff City has 6 wins, 3 draws and 11 losses which gives a total 21 points to the team. They played against Luton Town in their previous match, which ended with a 2-1 FT score and a defeat for Cardiff City.

Paul Heckingbottom won his first match as the new manager of Sheffield United against Bristol City, and he will look forward for more wins in the upcoming matches. The team look forward gaining more wins and Paul will be a good fit to lead the team to these wins.

After some continuous losses in the season’s beginning, Cardiff City have started to win their matches currently. They have won 3 games from the last 5 games but due to their no-win streak in the beginning they stay in the 20th position.

Sheffield United have not lost in their last 3 matches and have also kept a clean sheet in these 3 matches. Their last away match was against Reading, which ended in a win for Sheffield United with a 0-1 FT score.

Cardiff is now in good form at the moment but Sheffield United has a good chance of winning the match tomorrow and may also score in the second half of the match.