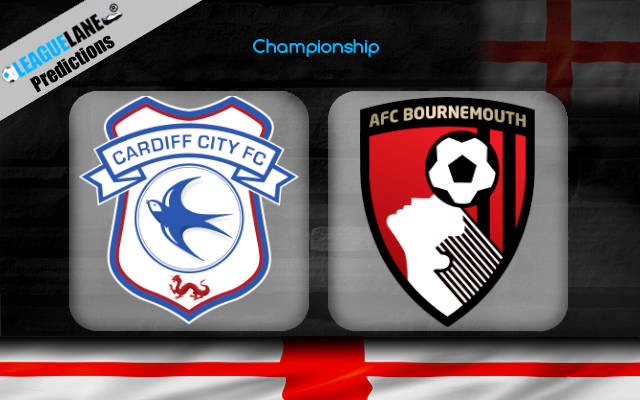 Despite slightly disappointing appearance during the weekend against QPR, AFC Bournemouth are still looking rock solid when it comes to Championship standings.

The Cherries are currently third with eleven points, looking to increase that balance in mid-week derby match against Cardiff City played in Wales.

Hosts have successfully recovered from a poor start during the international break, beating Preston North End on Sunday afternoon match. They are also known for losing very small number of games at this stadium.

Still, bookies see Bluebirds as the underdog here priced at 3.20 rate to win the match.

Cardiff have ended the previous Championship campaign in 5th place and participated in the playoffs. The main reason behind that success was this venue.

The Bluebirds won 11, drew nine and lost only three games in Wales. However, things have changed this season, losing two home encounters already to Sheffield Wednesday and Reading. All seven points were won on the road (victories against Nottingham Forest and Preston, plus a draw against Blackburn).

This team definitely has the quality, but consistency is still not there.

Bournemouth are still undefeated when it comes to league games in 2020/21 season. Cherries have three wins and two draws so far, scoring eight goals which makes them third most efficient team right now.

This is a clash of two good teams, and we feel draw is the most realistic outcome, backed with a BTTS pick.