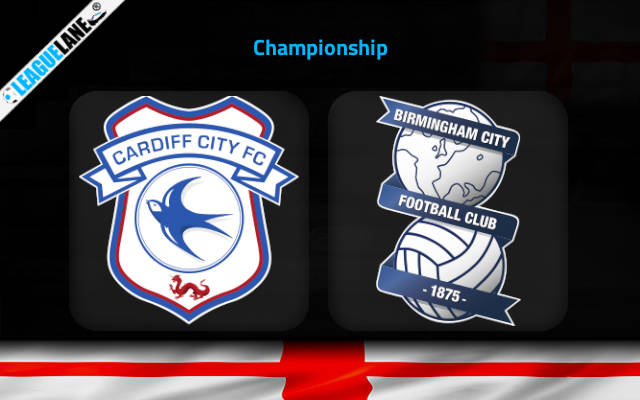 Cardiff City will be hoping to arrest the huge slump in form and snap a four-game losing streak on Saturday afternoon when they are set for the farewell from the home crowd in the 45th round tie against Birmingham.

The Bluebirds were in action on Wednesday evening when they did little to prevent the 2-0 loss at Middlesbrough.

It was the second straight game without a goal scored for Steve Morison’s troops who have fallen to the 19th position in the Championship table after losing four successive games.

Nonetheless, the Bluebirds still have five wins in their previous ten home matches, something they can base the optimism around ahead of this clash with Birmingham City.

The visitors have not been any better in their recent games, either, especially on travels where they have been incapable of defending of late.

Birmingham City shipped eight goals in the previous two away defeats to Nottingham Forest and Blackpool, netting only one goal at the opposite end in the process.

Lee Bowyer’s men conceded at least two goals in each of the last four league matches in general, a streak that includes a 2-2 draw to Millwall seven days ago.

To be fair, it is worth mentioning that the last weekend’s performance against the Lions was probably one of the best they have produced in quite some time as they were unlucky to concede a late stoppage-time equalizer against promotional hopefuls on the occasion.

We’ve frequently seen goal fests in the recent head to head encounters between these two outfits and there is not much to suggest a different scenario this time around, especially if we take a look at Birmingham’s poor defensive form of late.