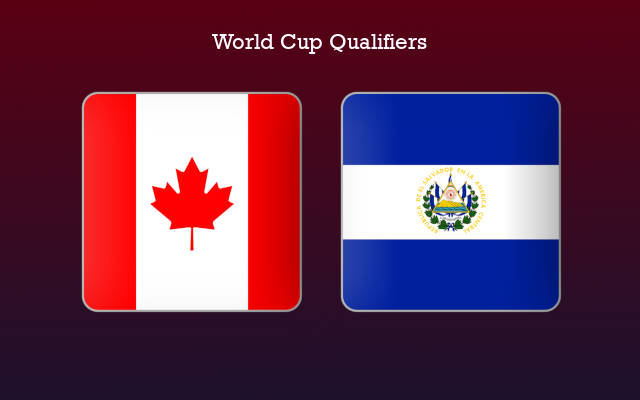 The Canadians are in a comparatively better form, and especially so at home. They are scoring at a great rate, and also have a good h2h record against El Salvador. Likely, expect a win for Canada this Thursday at the BMO Field.

Going on, they were toppers of Group B in the first round of Qualifiers, and they had a 100% winning record in the process. During the stretch, they had a combined scorecard of 27-1 as well.

Interestingly, the four other squads in the group had combined to score a total of 27 goals as well during the campaign. And later the Canadians followed it up with a 4-0 aggregate win in the second round, over Haiti.

Canada are also ranked higher in the FIFA list, and they have dominated this opponent in h2h clashes over the years. As such, anticipate a win for them.

However, El Salvador are no minnow. They too were toppers of Group A in the first round, and they had an aggregate scoreline of 6-0 in the next round.

Moreover, they have also consistently found the back of the net in h2h meetings.

For the reasons, expect the BTTS wager to bring good returns.

The Canadians have lost just once at home in the past four-year period. In fact, they had won 11 of their preceding 13 home fixtures, and had scored a total of 45 goals from their last 12 appearances at home.

On the other hand, their counterparts were winless in eight of their preceding ten match-ups, and on the road they had lost three of their last four road trips.

Considering these observations, and recent h2h stats, expect a win for Canada.

Be that as it may, they have a single clean sheet in their last seven straight fixtures, and they had also lost their latest h2h clash. On top of that, El Salvador are desperate as well.

As such, expect goals to come either side of the pitch this Thursday.