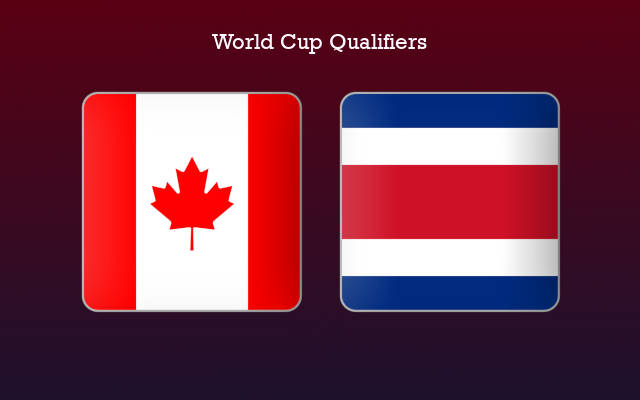 While Canada will try to retain their position within the top 3 of the table and even push for a higher finish in the table. Costa Rica will be desperate for points as they are looking to qualify for their 3rd consecutive World Cup appearance.

The teams will go head to head at the Commonwealth Stadium in Edmonton, this Saturday. Read our Preview, Predictions, and Betting Tips with Analysis here.

The hosts are in a fairly good position 6 games into the tournament. However, they would want to convert those draws into wins if they want to seal their place at the World Cup next year.

The team is undefeated in the tournament but has registered just a couple of victories and 4 of their fixtures have ended in a draw. This puts them third in the table, 1 point behind the USA and 4 points behind Mexico.

Costa Rica has not had a successful tournament especially considering their ranking among CONCACAF member nations and their history in the World Cup in recent times.

They are currently 5th in the table with 6 points, 2 points behind Panama who are currently in the playoffs spot. 4 points separate them from their opponents this weekend.

The visitors’ only victory came against El Salvador at home. They have further won a point each in draws against Honduras, Jamaica and Panama.

Canada has been the much better team throughout the tournament and despite their tendency to draw games. We do not see them dropping points against the Costa Rican team who have struggled to challenge opponents on the road. We are backing the hosts to win to nil.

All of the away team’s games in this tournament have been low scoring ones with a couple of goalless games among them as well. Canada despite scoring a few goals against weaker opponents, we do not see them score many past Keylor Navas.

Tips for Canada vs Costa Rica