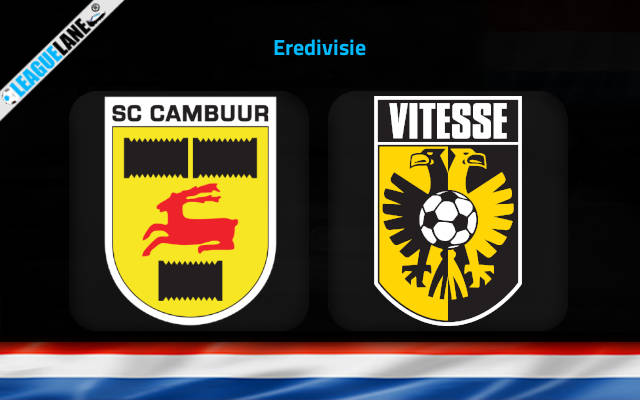 Both Vitesse and Cambuur made messes of their starts in the Dutch top flight this season, and are letting in goals in huge numbers since the commencement of their campaigns.

It goes without saying that these two are under intense pressure, and are utterly desperate to put an end to their dismal streaks.

Vitesse are placed 16th in a table of 18, and managed a single win so far. Note that only the dead-last placed Volendam let in more goals than them in the entire competition.

They also have a 100% losing record on the road barring their match-up against the struggling Groningen.

Meanwhile, Cambuur are another team who are in deep trouble. They have a 100% losing record at home, disregarding a single game.

Moreover, goals came in plenty whenever these two teams locked horns in the past too.

As such, it occurs to me that chances are high this weekend for us to witness another high-scoring thriller.

Cambuur managed to register just four wins in total since December of 2021, and all along they went on repetitive losing streaks. Be it at home or on the road, their defense failed to show up, and this has put the team in deep trouble.

In fact, since November they could manage just two wins in front of their home crowd. Almost every visiting team are able to put them under pressure right from the starting whistle.

On the other hand, Vitesse are on a losing streak, and they have a single win to their name in the past five months. Their road matches have been an even bigger testament to their poor defense this year.

By all means, expect a high-scoring affair between these two weak defenses this weekend.

Tips for Cambuur vs Vitesse