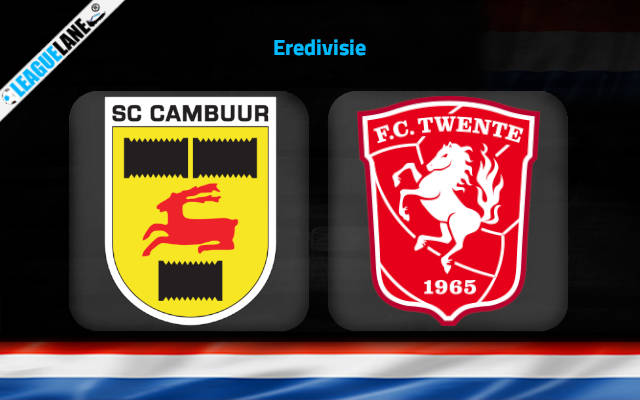 Twente bounced back from the 2-0 loss at Feyenoord with a stunning showing in the 3-0 thumping of Groningen last weekend.

Ron Jans’ men will now be looking back this win up with success on Sunday afternoon when they travel to Leeuwarden to take on bottom-half strugglers Cambuur on the road.

Cambuur are fifth from bottom in the league ladder with just two wins in the opening ten rounds of the competitions.

Interestingly, one of these two victories came against the likes of PSV and it was a convincing one, 3-0 at the start of the month.

Nonetheless, we can say it was only an exception to the rule because Henk de Jong’s troops then went on to take just one point from the following two games.

Cambuur failed to find the net in the previous two league outings against Go Ahead Eagles and Vitesse.

They looked particularly poor in the last weekend’s home loss to Vitesse (0-3). Cambuur generally have the weakest offensive record in the whole league with just eight goals scored in the opening ten rounds.

Twente, on the other side, have been very tough to break down since the start of the season. They own the league’s best defensive record with just 7 goals shipped so far in the campaign.

However, we must say that Jans’ squad played much better at home (where they have a perfect record of five wins in five games) than on the road so far.

Twente have the best defense in the league and they will come into this on a high following the 3-0 drubbing of Groningen.

The away win to nil has to be the way to go at the odds of 3.25. We also like Twente to have the lead at the half time and win the match at the end at the 2.75 odds.