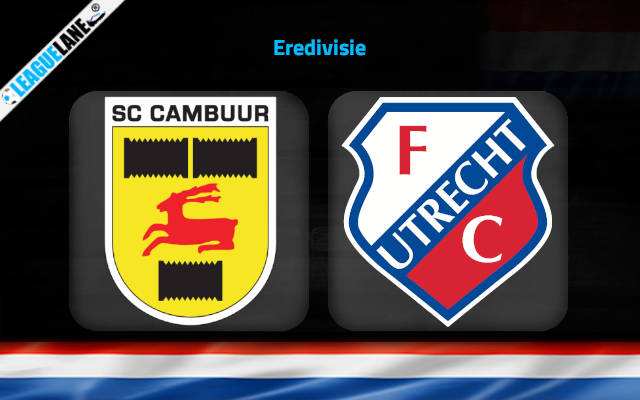 Eyeing on to get a promotion to Europa Conference League qualification spot, Rene Hake’s squad look forward on winning this away game. With a difference of 5 points and at the edge of getting into the play offs, the home team is set to invite the guests this Sunday at Cambuur Stadion.

With 6 wins and 6 losses, the hosts settle at the 8th spot on the table. They have accumulated 18 points in the 12 matches played. After 3 straight losses, the hosts saw 2 back to back wins against Waalwijk and Zwolle in the recent games.

With 23 points, the visitors stay at the 4th spot with 23 points. They won 7 games, lost 3 and drawn 2 of them. They suffered their 3rd loss in the season against Vitesse in the last match.

However, they scored almost twice the goals they have conceded in the league. They proved to be the only team to defeat the defending champions in this season.

Henk de Jong’s side had no trouble finding the back of the net recently, and has scored in the last 6 home games. They had good run of form in the past 5 matches, winning 3 of those fixtures.

The visitors are at a poor form considering their away matches. They lost 2 of their recent away games but have managed to score in the second half in each of their last 5 matches away from home.

When taking all the factors into account, the hosts will probably create enough chances to find the net against the guests, but a single goal is unlikely to be enough.