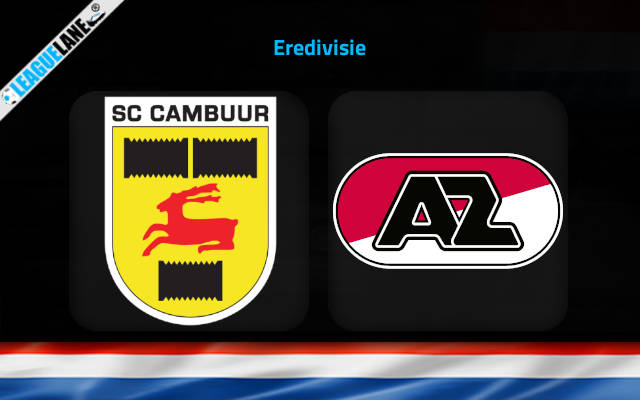 AZ Alkmaar have been one of the top performing teams in the Dutch top flight. Meanwhile, Cambuur were one of the teams that had to settle for a mid-table finish in the previous season.

They had finished 9th in a table of 18 and they also had a negative goal difference at the end of the campaign. It also deserves to be mentioned that they had remained winless in 23 of their total 34 league games through this stretch.

Going on they have been also going through a dismal for since the beginning of this campaign. They will be hoping to forget their gloomy start by extending the maiden victory recorded the last match-day.

Meanwhile, AZ Alkmaar seems to have picked up things where they left the last season. They are on a two-game winning streak in the league at the moment.

Moreover, the team conceded only two goals while scoring five in the past two Eredivisie match-days.

They will be hoping to keep their strong spell of form going on Sunday afternoon when they meet the hosts Cambuur in match-day 4 of Eredivisie at Cambuur Stadion.

The Yellow Blues are on a 6-game winless streak in front of their home crowd excluding the warm-up games. Worryingly, four of these were losses.

On the other hand, AZ Alkmaar are on a four-game winning streak at the moment. Note that, they had won three of the past four away fixtures. Two of them saw their offensive side scoring goals in huge numbers.

Moreover, AZ Alkmaar can also rely on the head to head tradition as they have been enjoying an unbeaten form against Cambuur for the past several years.

Taking into account these observations, expect a winning performance from AZ Alkmaar this Sunday.