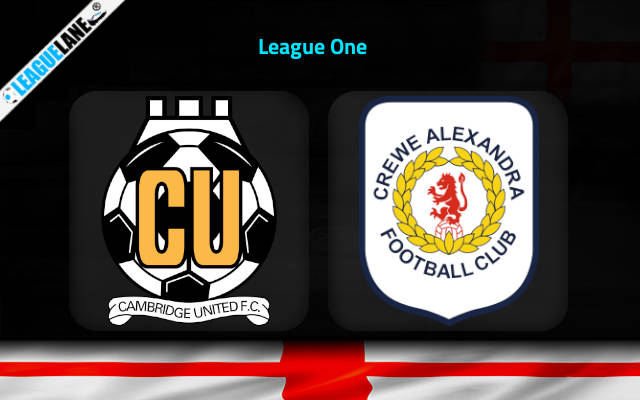 In game week 29 of League One, Cambridge United faces Crewe Alexandra for their next match on Saturday at Cambridge.

Cambridge United stays in the 13th position with 33 points from 36 matches. They played their last match against Doncaster Rovers and won the match with a 2-goal lead. The match ended with 3-1 FT score.

Cambridge had a rough time from the beginning of the season itself. They have 8 wins, 9 draws and 9 losses so far in the season. However, in the last ten matches, they have only three wins and two draws.

Crewe Alexandra sits in the relegation with 22 points from 26 matches. Their last match was against Alsager Town in Cheshire Senior Cup. The match ended in a stunning victory for Crewe with a 4-goal lead in the match. The match ended with 4-0 FT score.

Crewe has more losses in their league matches than their wins and draws combined. The team has secured four of their five wins in the last ten matches. They have also scored in most of their matches as well. From the 13 away matches the team has played, the team could only win in one of them.

Crewe has not achieved wins in most of their away matches even though the team has scored in most of them. So, the match is most likely to end in a win for Cambridge or in a draw. Both teams have scored in their past matches and are likely to do so in the next match as well.