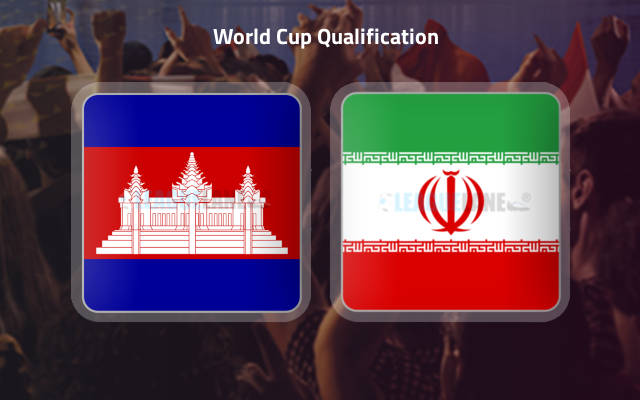 After bagging a massive 3-0 win over Bahrain, Iran continued their push for top spot in Group C when they lock horns with East Asian minnows Cambodia on Friday.

Iran had troubles in the initial rounds of the qualifier and lost to both Iraq and Bahrain before bouncing back to top form this year.

A 3-1 win against Hong Kong is complemented by a vital win against Bahrain, the results pushed them up to 2nd in the table, but they are still level with Bahrain and 2 points behind arch rivals Iraq.

Three points are up for grabs here and the final group games will decide the fate of this group when Iran take on Iraq and Bahrain the already eliminated Hong Kong.

Iran bagged a 14-0 win when the teams met at Azadi Stadium in Tehran in October 2019.

The teams rarely meet in official games and as we can see they played against each other in the 70s Asian Cup and Iran won in each of those two games.

It seems like Iran’s scoring problems have come to an end and they will be in for another massive win on Friday.

The head-coach Dragan Skocic can rest some of his key players for this fixture with the group finale against Iran in the beckoning.

Yet, whatever eleven takes the Riffa National Stadium will be good enough to put 5 or 6 goals past an opposition like Cambodia.