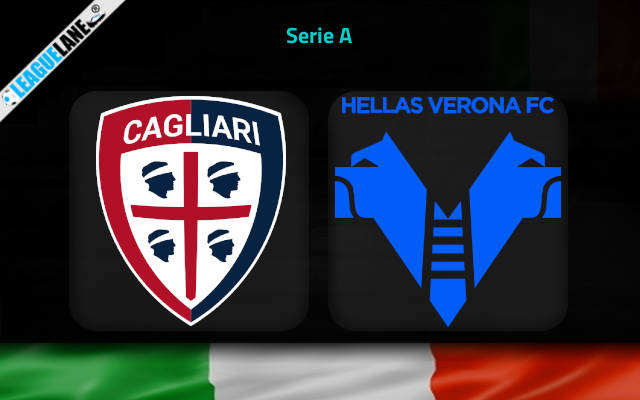 Cagliari are hanging above the relegation cut off by the tiniest of margins, and in this final stretch of the season they are under intense pressure. To put it precisely, they have a surplus of just three points over the relegation limit and it worries their fans that they have played an extra game.

Moreover the 18th-placed Salernitana are currently on a winning streak and this team has targeted that 17th spot.

Which means a win is a must for the hosts of the day and they and they really have no other go. It waits to be seen what kind of strategy will their defense adapt in this crucial time.

Meanwhile Verona are going through an inconsistent stretch of performances. They do have a mathematical chance of getting into the European spors, but even ardent fans do not believe that it is something possible now.

All that remains for the team is to have a dignified end to their campaign and they will try to take advantage of the desperation of Cagliari.

By the looks of things expect goals to come from either end of the pitch, in what is supposed to be a fierce encounter.

Cagliari lost on the road the last matchday against Genoa and the scorecard read 1-0 at the end of the ninety minutes. They had lost six of their past seven overall fixtures and they have won just once at home in the past four month-period.

On the other hand, Verona were held to 1-1 draw at home the past game week by Sampdoria. It also deserves to be mentioned that they have a total of one clean sheet from their past nine games.

Going on they have also seldom kept clean sheets on the road all through this current league season.

Taking into account these observations expect a goal-fest this weekend between the two squads.

Tips for Cagliari vs Verona