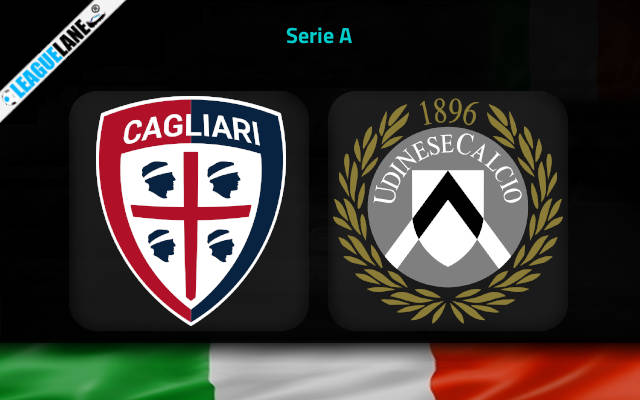 Udinese have been excellent in the last two games (a 1-1 draw to AC Milan and a 4-0 victory over Crotone) within the last seven days. They are up against struggling Cagliari and we feel there is a nice chance for the visitors to maintain such a fine spell of form on Saturday.

Cagliari host Udinese in a low-profile Serie A tie on Saturday evening at Unipol Domus. Neither of the two teams have been pulling up many trees of late.

Can either arrest their slump in form in the direct clash and pick up a precious three-pointer in the head to head clash this weekend?

Udinese should come into this in somewhat higher spirits. They held the likes of AC Milan to a 1-1 draw last time out.

It was one of Udinese’s best performances of the season. The team led by Gabriele Cioffi showed a tremendous display and were unlucky to concede the last-gasp equalizer on the occasion.

Udinese backed up such a showing with a 4-0 drubbing of Crotone on Tuesday in Coppa Italia.

They should have plenty of room to deliver up front here against Cagliari who have just allowed four goals in a tough away loss at Inter Milan last weekend.

Cagliari are second from bottom in the league ladder and they have won just one match since the beginning of the season.

They boast one of the worst defensive records in the entire competition with 34 goals shipped in 17 outings this term.

Tips for Cagliari vs Udinese