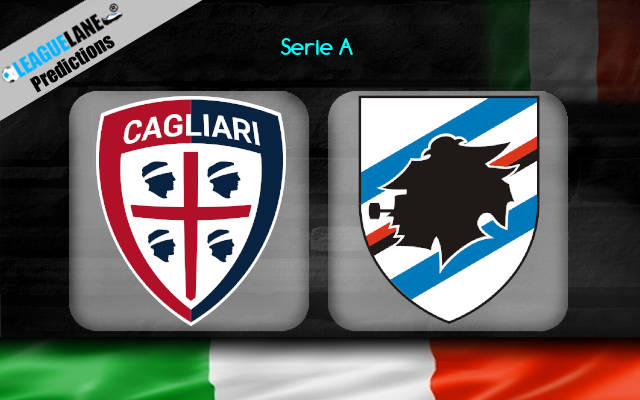 Sampdoria travel to Cagliari for their Matchday 7 clash after seeing a streak of four wins ended by Genoa (1-1), where they took lead through Jankto’s peach of a goal but saw a quick equalizer. They did push for a goal but haven’t been able to make it happen, which will have them looking for more at Sardegna Arena.

Samp beat Fiorentina (1-2), Lazio (3-0), Atalanta (1-3), and Salernitana (1-0 in Coppa Italia) since early October and they’ll rightfully hope to bounce to the streak. They proved their worth in the final third, as in-form Fabio Quagliarella leads the line, and we hope to see goals on Saturday too.

Cagliari have seen a winning streak of their own ended last week, as Bologna (3-2) snatched the points despite Isolani taking the lead twice. Joao Pedro and Giovanni Simeone found the net in Bologna and kept up the good output in Serie A, where they beat Torino (2-3) and Crotone (4-2) since the October International break. We now expect them very motivated to impress but it feels Sampdoria still get better ground to build on.

Sampdoria beat Cagliari (3-0) in their last clash, as Gabbiadini and Bonazzoli (x2) found the net in Genoa.

Cagliari haven’t seen a home loss to Samp since 2007.

We will now back Sampdoria to end the unwanted streak at Sardegna Arena, going for them to snatch an exciting win at 2.30. They’ve been in great shape lately and should be able to show it off despite a tough challenge we expect, as Cagliari look to deny them for the 13th time in a row at this ground.

We hope to see another thriller and with that in mind, we’re also going for goals. Sampdoria will need to outgun the rivals if they’re to snatch the points, as we also go for Over 2.5 Goals FT at 1.61 which feels like buying money for old rope.