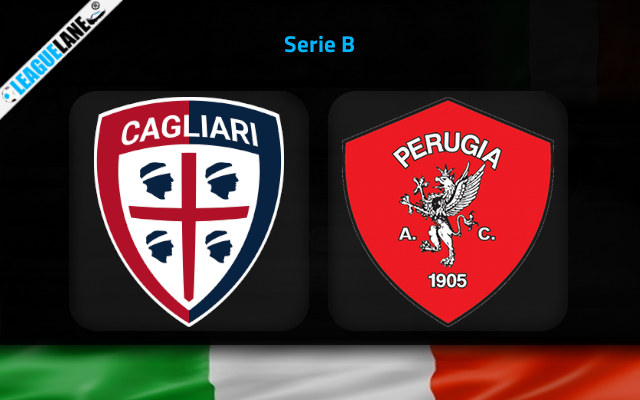 Cagliari vs Perugia Predictions and Free Tips from our expert tipsters when the teams go head-to-head in the Italy Serie B on Sunday, 11 December 2022.

Cagliari is currently 12th in the league standings. They have been recording a set of drawn matches lately. It is worth noting that their opponents in those matches were mostly inside the top 8 positions.

They will be hoping to end this streak of winless games on Saturday when they gear up to host Perugia, who is currently at the bottom position in the league standings.

The latest encounter between these two teams were in a Coppa Italia knockout fixture. The match ended in a 3-2 win for Cagliari.

Cagliari have a 100% unbeaten record at this stadium against Perugia, barring a single fixture.

Who will win the match between Cagliari vs Perugia?

We are expecting a victory for the home side. The main reason for backing the home side is due to their current unbeaten form in this stadium.

A winless Perugia on the other side will be an advantage for the home side to end up sealing the much needed victory on Saturday.

Fewer than 2.5 goals are likely to score in this match. Because, more than 60% of the matches played by these two teams saw under 2.5 goals ft.

On top of that, none of the six matches involving Perugia have seen over 2.5 goals. Therefore, expect under 2.5 goals ft in this match.

We don’t expect a both teams scoring scenario as Perugia failed to score in four of the last six away matches.

Since they owns such a weak attacking side, expect a one-sided affair when these two lock horns at Unipol Domus on Saturday.

The home side is having an unbeaten form since the past four league games here. Therefore, expecting a win for them at 1.90 odds seems ideal.

As the second bet, we like to place the Under 2.5 goals option at 1.62 odds, as the visiting side Perugia has been quite weak in attacking lately.